Eula Grooms - Life On The Other Side 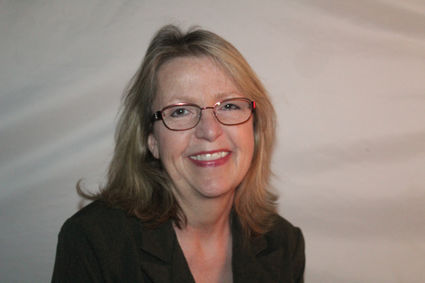 Eula Grooms from student to teacher and back

ecoming a teacher is a valued profession in our society. A group of people who are fueled by nurturing children that don't biologically belong to them. Teachers are the first people we trust outside of our family. Some students even interact with their teachers more than their parents.

Eula Grooms is a part of this elite group. She picked up her first job at twelve at a catering company. Through high school Eula stayed busy. Shop classes, working, and her studies took the majority of her time. After graduating from Chadsey High School in 1978, she attended Wayne County Community College for an Associate of Art degree. Eula then progressed to Wayne State University, where she earned a Bachelor of Arts then a Master's in Education. She earned a double major in social studies and welding, which would now be considered industrial arts.

Eula married and taught for a year in Detroit. Opportunities flew at her from all directions, but most of them didn't match her passion. Ms. Grooms had to go where she felt her influence was needed the most. A job opened in River Rouge, capturing her heart as she captured the position.

The state of Michigan presented Eula an offer she couldn't refuse. Teachers over the age of fifty, with thirty years under their belts could retire with their benefits. Though she felt it was too early. In 2010 Ms. Grooms took that offer and officially retired.

Not even retirement could snatch Ms. Grooms away from her babies. For two years after her retirement she worked in the parent resource room at River Rouge High School. She was able to use her people skills to connect to the parents of the community. Unforeseen life circumstances finally took her away from the school.

An injury that resulted in a broken neck halted Ms. Grooms from dusting off her cape and rejoining the workforce. But at fifty- nine Eula is living her best life. The most common myths regarding retirement boil down to seniors having empty calendars, migrating from home, struggling with finances, or health. Eula has been wielding these myths down to which best suits her lifestyle. The drive she found at her first job hasn't turned off, she's still a prevalent force in the community and Eula's savings and pension has kept her finances in order. She won't be eligible for social security until age sixty-seven. The most difficult thing she faces is the technological learning curves with the banking systems.

She wishes all students of the past, present and future the utmost success. Social media is her number one tool that allows her to connect with them. Eula Grooms is a force that will forever be appreciated in the minds and hearts of the parents and young people who loves her.

Xavier Jones - Is it true that you were the second woman to be a certified welding teacher in the state of Michigan?

Ms. Grooms - Yes. Maybe the third. Someone from the Department of Education mentioned it to me but I never researched it. It was never a point of focus. I was just doing what I loved to do.

Xavier Jones - Why did you take up shop?

Ms. Grooms - I tell people if they tasted my cooking that'll be an easy one to figure out. *Laughs* But I've always been good with handy work. Shop is something I took up young, got skilled in, and turned into a career.

Xavier Jones - Was there a difference between working in the classroom and in the parent resource room?

Ms. Grooms - Not too much of a difference for me. I still got to interact with the parents and students. But the core of the position was assisting the parents and helping them achieve.

Xavier Jones - What's been keeping you busy and on your feet?

Ms. Grooms - I volunteer around Wyandotte, that certainly keeps me out of trouble. There's a fixer upper I bought four years ago. I've spent a lot of free time making it to my liking, it's almost done. I've found someone significant in my life, we're constantly out painting the town red.

Xavier Jones - What's the hardest part about being retired?

Ms. Grooms - It's hard to turn off the teacher portion of my brain. When I'm out and see an unruly kid, that part of me just kicks in. There's no filter on my mouth, sometimes the old me just comes out. I promise you I'm getting better. I think I retired too early. I miss my kids!

Xavier Jones - What do you miss most about your kids? 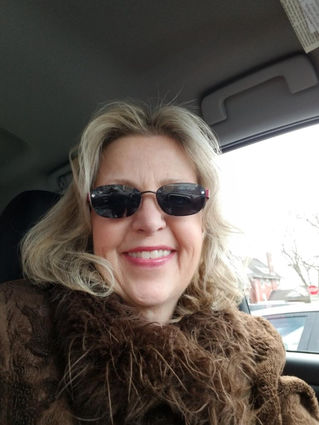 Ms. Grooms showing her fun side as she starts her day

Ms. Grooms - The constant activity, the individuality of each person sitting at that desk. Most of us shared the same sense of humor. Supporting them, getting them to open up about what's bothering them, and sharing my own life. There was one counselor for a thousand students; I became a role model and a mentor. It was everything to them, and everything for me. I just miss them!