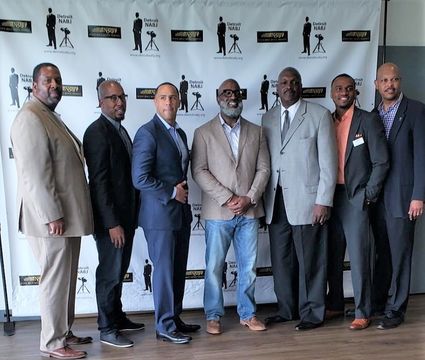 The National Association of Black Journalists have teamed up with Detroit PAL for a breakthrough event. The Black Male Media Project came to Detroit. The NABJ hosts these forums across the country for different subjects. This time around mental health occupied the talking space.

The mental health discussion was meant for a black audience, from a panel of professional black men. Switching a narrative in our community that we have not had control of. The panel proved that black men are needed in the ongoing mental health crisis. The younger generation needs a positive story to grow up and focus on.

Jason Wilson served as the Black Male Media Project's keynote speaker. Mr. Wilson is the author of "Cry Like A Man". The Detroit native is an expert in emotional stability training, multi award winner, and has made national television appearances for his work. Josh put Jason in the hot seat to hear his opinions on mental health and black masculinity. 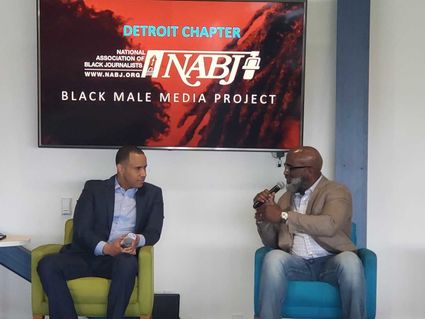 Josh Landon and Jason Wilson having dialogue about mental health

Wilson claims toxic masculinity does not exist. His theory is that masculinity becomes toxic when men lose pieces their character, and over indulge in certain qualities that are considered to be masculine. The martial arts instructor says it's more than ok for black men to cry, become vulnerable and share their feelings with the women in their community.

From Jason Wilson's perspective; being strong 100% of the time is detrimental. A man must allow himself to be weak. Individuals miss out on life when they carry chips on their shoulders. Tears may not come out from the eyes, but the pain will manifest in physical ways.

Josh Landon, Jason Wilson, and the NABJ were there during lunch and breaks to interact with the audience. The Black Male Media Project certainly created a safe space for black boys in Detroit. The NABJ is doing great things across the city, it won't stop until the job is done, and the health of the culture is shifted.