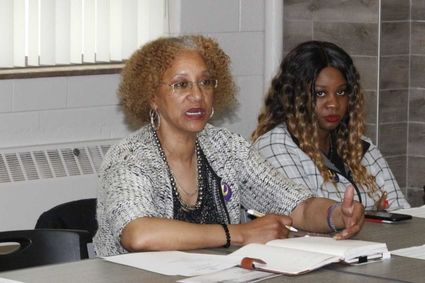 United States Congresswoman Rashida Tlaib met with members of her constituency last week as part of a conversation on policy which will impact women and families in the 13th district.

Roughly a dozen voters gathered at the Redford Community Center to discuss the challenges facing working families who have experienced a rise in cost of living expenses, but not a rise in income. Among those attending were representatives of organizations such as the NAACP, the Michigan League for Public Policy (MLPP), the Detroit Federation of Teachers (DFT), and the Service Employees International Union (SEIU).

Topics of discussion included livable wages, health care, senior citizens and poverty, and the local economy. Alex Rossman of the MLPP provided statistics showing the poverty rate for the 13th Congressional District is 32 percent, compared to 24 percent for all of Wayne County.

Tlaib also discussed at length the Lift Plus Act, legislation she plans to introduce in Congress as early as next week. Lift stands for Livable Income for Families Today. Thea act would benefit working families by providing a tax credit to assist working families and single parents meet the basic household expenses that many low to moderate income families struggle to meet on a daily basis. Tlaib likened the proposed legislation to the Earned Income Tax Credit (EITC) that many working families in Michigan now claim on their taxes each year. The tax credit from the Lift Plus Act, however, could be paid as a lump sum or on a monthly basis in order to provide some consistency within a family's budget. Tlaib said the act would provide, "Real, direct, instant help for working families." She added, "This is a broader umbrella than the EITC." The act would provide up to $6,000 per family per year.

Response to the proposed Lift Plus Act was positive, as many attending the roundtable event are working but still struggling financially. The discussion was open and lively and questions centered on who would benefit from the Lift Plus Act and how poverty levels are determined. Some expressed frustration at not being able to "get ahead," and the lack of a living wage, while others lamented the struggles of retirees trying to live on a limited pension, and caregivers of handicapped or elderly parents who struggle with finances as well. 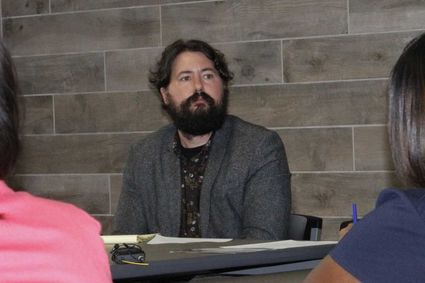 Tlaib called on those in attendance to educate others on the importance of having livable wages. "This is the time to start educating people, as this is a possible opportunity to say, 'Look, EITC has done well for

our community, it's time to take up a notch,'" Tlaib said. "It is time that we're talking about families that are directly impacted by not having livable wages."

Tlaib expects that the Lift Plus Act will garner bipartisan support in Congress. She plans to meet again with voters to discuss progress of the legislation and other issues of importance to working families that may also be addressed. To find out more about the Lift Plus Act, go to http://www.tlaib.house.gov. To speak with Congresswoman Tlaib about the Lift Plus Act, she will be holding two "Coffee, Congress, and Conversation" meeting events on June 14 in Melvindale at the Fieldhouse, and on June 17 in Redford at the Community Center.