By Tariqah Shakir-Muhammad
The Final Call

National Coalition of Blacks for Reparations in America to meet in Detroit, June 20-23 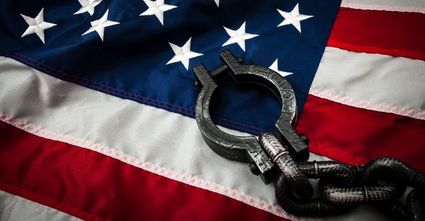 CHICAGO- N'COBRA, the National Coalition of Blacks for Reparations in America, will be hosting its 30th annual national convention June 20–23at the Timbuktu Academy of Science & Technology in Detroit. The conference theme, "400 Years of Terror: A Debt Still Owed!" will focus on a process of "full repair" after four centuries of enslavement.

Established in 1987, N'COBRA is a coalition of organizations and individuals organized for the sole purpose of obtaining reparations for African descendants in the United States.

"We're focusing on what we define as 'full repair,' " he told The Final Call. "A lot of people don't have a clear idea of what reparations is especially in light of all the presidential candidates' talk that is steadily being generated around reparations. N'COBRA understands that reparations means full repair of our people."

"We have the ability to have the change that we want if we organize to struggle. We want to win reparations in this country within our control and within our power. We have to string more people into the organized struggle for that to take place," he argued. "We're at a very unique time in history. Politically, this is the first time since Reconstruction that there's been a possibility of having both houses of Congress debate this issue and we want to make sure that that happens."

The three-day conference will consist of workshops and presentations featuring activists from around the country, a dinner banquet with keynote speaker and Michigan 36th District Court Judge Greg Mathis, visits to the Charles H. Wright Museum of African American History and Timbuktu Academy of Science and Technology, and a town hall meeting addressed by Honorable Minister Louis Farrakhan of the Nation of Islam.

Dr. Conrad Worrill, a longtime reparations advocate and author, will be a guest speaker at the conference. He told The Final Call that "reparations" doesn't mean just getting a paycheck.

"I think we're getting closer to what reparations look like. What, how does that look like legislatively for our people? I think we're getting closer to a consensus on a different kind of reparations outcome that would be beneficial to Black people in a reparations practice like tuition debt removal, free college education, freeing political prisoners that have been locked up for 40 years. There are a lot of ideas other than just getting a check," he said.

One discussion of reparations involves legislative remedies, he continued.

N'COBRA has been pushing and lobbying for H.R.40, the 115th congressional bill which would establish a Commission to Study and Develop Reparation Proposals for African Americans to examine slavery and discrimination in the colonies and the United States from 1619 to the present and recommend appropriate remedies.

For more information on N'COBRA, its upcoming national conference and to register, visit http://www.ncobraonline.org.