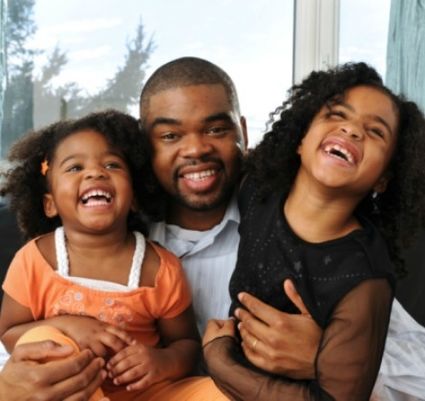 If nothing else, the political and socioeconomic marginality mentioned above should be sufficient to prod African-Americans toward plenty of introspective moments regarding the present state of Black America. Put simply, if African-Americans plan on moving forward, it is past time that they turn their attention toward evaluating, addressing, and correcting the normalized cultural dysfunction that plays a significant role in both the destruction of black homes and the fortification of a disassembled community that houses shattered dreams and abandoned aspirations.

Such matters invariably lead to an investigation of "What is the present state of African-American fatherhood?"

The cruel unending conundrum facing economically marginalized African-American fathers seeking to fulfill the demands of a patriarchal society is most certainly the path to misery and desperation. Far too often, the worth of black fathers is measured by their inability to fulfill the primary role of financial provider for the family unit. Oversimplified fatherhood constructs that malign poor and working-class fathers pave an alluring path for critics to denigrate, if not totally dismiss black fathers from homes, families, and communities. Invariably, such flawed thinking places much, if not all, of the responsibility for the failure of black homes on the weary shoulders of African-American fathers.

Unfortunately for black fathers, the alluded to misery and suffering is repeatedly used to measure their utility to all around them. For those using such evaluation criterion, the following data bolsters their comprehensive disapproval of African-American fathers.

At the close of the 19th Century, 80% of African-American households were headed by two parents. Over the next century, this number dwindled to a paltry rate of 40%.

58% of black children (nearly 5 million) are living in homes without their biological father.

72% of black children are born to single mothers.

This rate is particularly disturbing considering it has tripled since the 1965 "Moynihan Report" indicated a 24% rate of black children being born to single mothers.

Only 45% of African-American households are composed of a married couple; an extremely small percentage when measured against an 80% rate for Whites, and 70% rate for Hispanics.

Once again, any reasonable evaluation of African-American fatherhood resembles Dickens' timeless line of "it was the best of times, it was the worst of times." Make no mistake about it, the struggles of African-American fathers are not only inextricably linked to the black community, but also mirror a black population that hurls voluminous criticism toward black fathers. 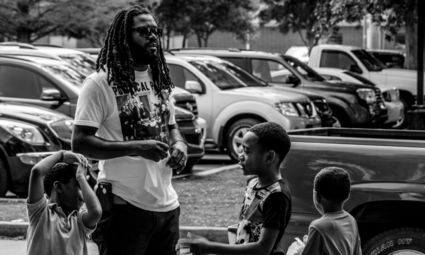 Fortunately, such flawed thinking is far from true as a host of African-American fathers, albeit maligned by the alluded to caricatures of irresponsibility and dysfunction, remain the fathers that their daughters adore and their sons look up to as heroes. I think that we all agree that such situations are truly "the best of times."