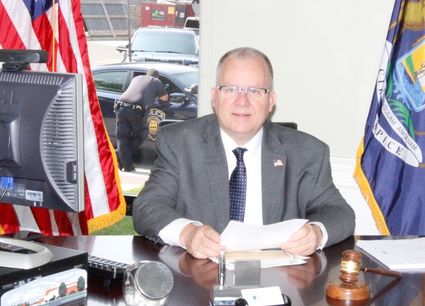 Garden City is a generational community. Garden City Mayor Randy Walker is himself, a product of the city, having attended its schools and played Little League at its parks. Walker explains that this is true of many of the city's current residents-they grew up here and remained. "That speaks volumes, that people want to stay here," says Walker.

Though the population hovers just below 28,000, Garden City retains that 'small town' feel. Santa Claus arrives each year on the day following Thanksgiving. The city's community center serves residents of all ages. The police department engages with the residents, getting to know them in their neighborhoods and listening to their concerns. Garden City also supports its underserved residents with a food pantry.

While he may hold the title of mayor, Walker emphasizes that moving the city forward is a team effort. The city's government includes a mayor, a city council and a city manager. Last year the residents spoke up about the condition of the city's roads. A bond issue was put on the ballot and passed. "We're going fix the roads," says Walker. "The roads are our biggest issue right now, our side streets." The vote for road improvements provides $15 million for reconstruction and patchwork throughout the city over the next five years. An added bonus will be improved property values.

Garden City has numerous organizations and, Walker adds, "We have a big volunteer base in our city." Between youth athletic programs, clubs for adults and youth, and community events, the residents are engaged as a community, says Walker. A former member of the military, the mayor says his passion lies with veterans' issues and Memorial Day observances each spring.

Walker feels his greatest accomplishment as mayor was helping to bring the city through the recession that gripped the nation beginning in 2007. "There was no money," he says. "We cut everywhere we could cut." Unfortunately, city jobs were cut as well, from 175 to 105. "It was rough times," he adds. "But we made it, we're on the upswing now, things are looking better." 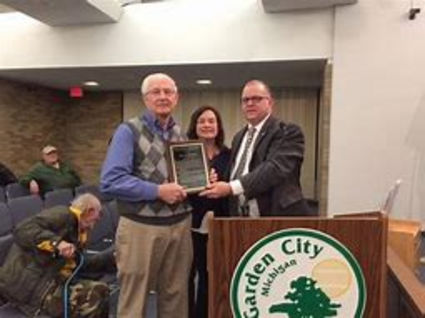 Indeed things are looking up in Garden City. The city recently invested in new equipment for the public works department. Walker says it all comes down to providing services to the residents, adding that he and members of city council all want what's best for the city. "I grew up here, this is my home," says Walker. "I love it and I want to keep it nice. I think all the council feels the same way; we're all residents here so we care about our city. That's why we got involved."

To keep residents informed about city business and community events, the city includes a city newsletter in the water bills which are sent out six times each year. Walker says response from the residents has been positive.

Being able to serve the residents is what Walker finds most satisfying. "It's a great city, we're going to keep plugging away and keeping it great," says Walker. "Our motto is 'It's a great place to call home.'"