Nothing but the Truth: 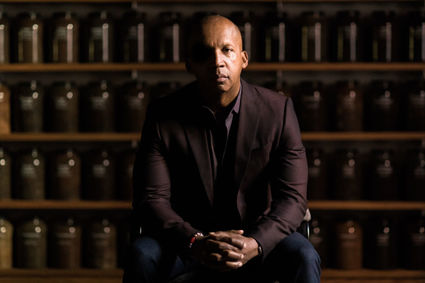 Montgomery, Alabama, exists as a paradox. It is here that slavers sold other human beings at market, and where a young Rosa Parks set off a campaign that eventually desegregated a nation. In Montgomery, in the shadow of the state capitol building, there is a haggard monument to Robert E. Lee sitting directly across the street from Martin King's Dexter Avenue Baptist church. It is proudly "the heart of Dixie" and the "birthplace of the Civil Rights Movement." It is America in all of its gore and glory.

Montgomery is also the site of Bryan Stevenson's Equal Justice Initiative. Stevenson, a lawyer and activist, opened a memorial to the more than 4,400 African American lynching victims as well as a legacy museum that tells the tale of the African American sojourn here. He is also the subject of a narrative documentary, True Justice: Bryan Stevenson's Fight for Equality, which aired on HBO, Wednesday, June 26.

I spoke to Stevenson (who also is the subject of a film, Just Mercy, starring Jamie Foxx and Michael B. Jordan, to be released in 2020) while he was driving from a lynching marker erected at Orlando's City Hall. We talked faith, the Exonerated Five, reparations, the narrative of race, and more. Below is an edited transcript of that conversation.

The Root: At the very beginning of True Justice, you recount a time when you and your sister were children and jumped into a pool in South Carolina. Your glee turned to tears when you realized that all the white folks snatched their kids out of the water. What does one do with memories like that?

Bryan Stevenson: I think it's a really important profound question that we really haven't committed enough time to answer; I think many African Americans carry with them these memories of indignation and humiliation. I grew up in a community where there were signs of segregation everywhere; and those signs ... they weren't directions, they were assaults and injuries. You know people were humiliated on a regular basis, and I think many of us have been encouraged to not talk about that.

It was a hard memory to carry, and my sister and I, we joked, when we were teenagers, we'd say, remember when we made those white people get out of that swimming pool? And when we were around our friends, our sister would embellish the story, saying, "Hey y'all, I went down there to South Carolina and said, 'All y'all white people get out of the swimming pool." And of course, we would laugh. But it was a way of altering the memory to make it easier to carry. African Americans have had to find other ways to relate to these [kinds] of bizarre, challenging, painful realities.

I also think it's important that white people to remember. Black people have billions of stories like that but the question is, do white people remember? And if they don't remember, then they're not actually motivated to address this legacy, and they're going to replicate bigotry and discrimination. That's the urgent challenge-is how we end this violence for all of this damage and destruction and trauma that need repair? I don't think we're going to be healthy or get free until we address this problem. But to get there we're going to have to be willing to tell the truth.

TR: You have said several times that we may have won the Civil War, but we lost the narrative war. Does the lynching memorial and museum begin to use culture to reframe or reshape the narrative?

BS: Yeah. You go to South Africa, there's an apartheid museum; there's a very powerful, it's a narrative museum. You go to Germany, there's a Holocaust memorial; they have all these spaces are designed to make sure people confront that legacy. In Washington, there is a Holocaust Museum and when you go through it, you're motivated to say never again.

We haven't created sufficient spaces in America that challenge all Americans to confront this history. We've never put people in places where they have to deal with the brutality of slavery or the violence of lynching. Or the degradation of segregation [that] motivate them to say "never again." If anything, we've done the opposite ... we sugarcoat it. In the South, we try to make it benign. In the South, we have these plantations, where people go to get a tour of the slave owner's home, with no discussion of the lives of the enslaved people. And that's the kind of negative, false education that perpetuates this problem.