Melvindale Mayor Stacy Bazman Looks Back on Her Time as Mayor 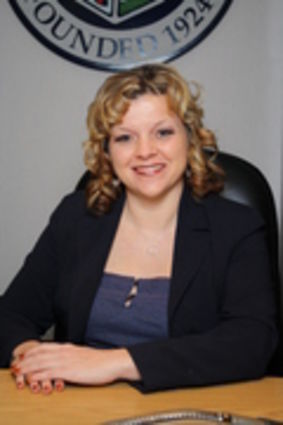 The downriver city of Melvindale is smaller than three square miles in area. "I think that it's a tight, close-knit, safe community," says Mayor Stacy Bazman. "I think that everyone works really hard to make it clean, and be proud of where they live." Despite its size, Bazman says the city is mainly a residential area, full of large, hardworking families.

Bazman will be completing her tenure in the mayor's office this fall. Reflecting on her time as mayor, Bazman recalls the challenges she has faced, the successes she has had in leading the city, and the people she has met along the way.

Previously a member of Melvindale City Council, Bazman says financial challenges were at the top of the list when she became mayor. The city was working to eliminate a deficit and the new mayor began with small changes: implementing a water shutoff policy, converting street lighting to LED lighting, and partnering with the neighboring city of Dearborn to consolidate operations at the fire department, dispatch, and the lockup facility. By investigating expenses, Bazman found the city had been paying for services the city no longer used, such as phone service for a previous mayor who passed away in 1995. "I treated this job like my own checkbook," Bazman says. To keep blight at bay, Bazman instituted a Rental Ordinance to keep landlords and tenants accountable for the condition of properties within the city. Bazman adds that rental properties account for as much as 40 percent of residences in the city.

This year Melvindale has partnered with the city of Lincoln Park for use of recreational facilities and programming at the resident rate for each city. The partnership increases the recreational opportunities for each city's residents without increasing the cost for each city to provide those services.

The team running the city is small, with one employee for most city departments. Despite the size, Bazman says, "They all do a fantastic job. It's like a very small tight-knit unit, and it's a good blend."

Melvindale is a blue-collar community, says Bazman, adding that frequently, both parents work outside the home. She says roughly half the students in the city qualify for the free lunch program. This year, the school was able to provide free breakfast for all students as well. Family budgets are tight, and some families are struggling. "We do have some families that really are poverty-stricken," says Bazman. 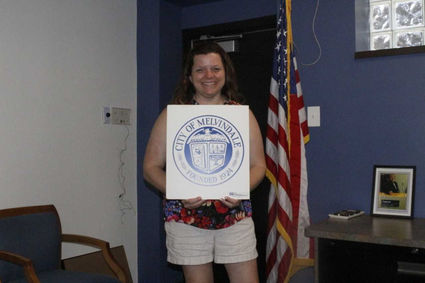 "Sometimes this job is social work too; you're trying to find resources...we try to bring as many resources in as we can to the city and the residents for sure." She has worked to bring programs like THAW, which assists with heating bills, and WRAP, which assists with water bills, to the awareness of the residents. "I guess for me, the biggest thing has been quality of life, "she says. "If someone comes to me and they need something, it's not been above me to have food delivered to their house, or things like that." She adds that outside city hall there sits something called a Blessing Box, installed by a private organization. The box contains donations, perhaps food, a gas card, or diapers. If there is something inside the Blessing Box which would ease a need for someone, they can take it, says Bazman.

"To be able to make an impact has been very rewarding to me," Bazman says of her time as mayor. Of the job, Bazman says, "It's probably been the hardest thing I've ever done; it's also been the most rewarding."