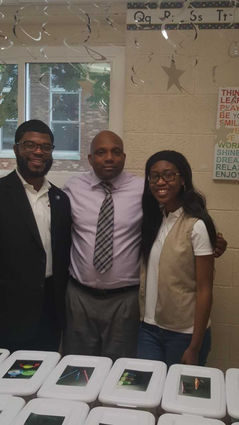 When you purchased a box to two of Girl Scout Cookies this past spring, did you ever stop to think about what happens with the money the Girl Scouts earn? One Girl Scout from Belleville put her cookie money to good use right here in Inkster.

Myranda Ivey started Girl Scouts in kindergarten as a Daisy Girl Scout, the youngest grade level in the organization. She enjoyed the Girl Scouts program and stuck with it throughout her school years, making her way through each following grade level as a Brownie, a Junior, a Cadette, a Senior, and eventually, as an Ambassador Girl Scout. Entering her senior year and her final year as a Girl Scout, Ivey chose to earn the Girl Scout Gold Award, the highest award in Girl Scouts. The Gold Award is also one of the most difficult to earn and focuses on community service and leadership.

Encouraged by family members familiar with the state of the education system for Inkster residents, Ivey chose to serve the Inkster community by assisting a burgeoning program at Inkster Preparatory Academy, a K-5 public school. Principal Shawn Hurt was in the process of developing an incentive-based program to boost performance and behavior at the school. The program was called a Positive Behavior Intervention System, or PBIS. Students were able to earn tickets for positive behavior, attendance, and good grades, and exchange those tickets for fun time in a game room created by Hurt.

Ivey approached Hurt with the idea of creating a 'store' for students to shop at, using their tickets to buy prizes, allowing them to have something of their own to take home. The store was to be in the game room and Hurt says that planning was the biggest part of the project. "It took a couple of months to pre-plan because we had to sit down, and figure out the things that the kids like, how did we want to set up the room, how we wanted to decorate it, and how do you want to let the flow constantly go so the kids can get their materials and go back to class," Hurt says.

Ivey was the top seller of Girl Scout Cookies in her troop, and using that money, she set out to purchase fun items she thought younger students might like to have. She was able to purchase approximately 500 prizes, ranging in size and value from small toys all the way to stuffed animals and footballs.

The store was able to open for business before the school year let out. On Fridays, students were allowed to use their tickets to purchase prizes. "They were very excited, very happy," says Hurt.

On hand for the grand opening was Inkster City Councilmember Steven Chisholm, as Inkster Preparatory Academy is located within his council district. "Sometimes you open up something within the school and that's it, it just stays right there within those four walls," Chisholm says, adding that this presence brought awareness of the project to the community when he addressed the city council that evening about the work Ivey had done for the school. He adds that Ivey's project is a lesson for everyone. "Pay it forward," he says. "You put something good out there, it's going to come back." 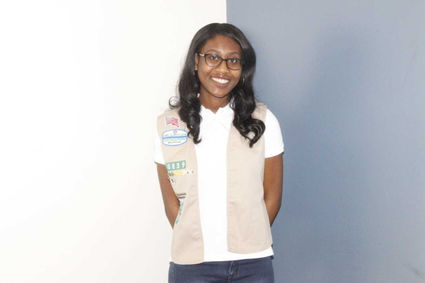 Ivey will be heading off to Eastern Michigan University in the fall. She plans to study Psychology and become a child therapist. She will receive her Girl Scout Gold Award next May at a special award ceremony. She identified an issue in the community, made a plan and took action. What does Ivey feel she learned? "It does make an impact on the community and how the kids perceive school, and how they will want to do better doing their schoolwork throughout the year," she says.

Sustainability of the PBIS Store will be up to the school and the community. Hurt says the store will be run by a Junior Leadership Team of 5th graders in the fall, but prizes for the store will need continual renewal. Ivey hopes community groups and individuals in the community will reach out to the school and provide donations. "These kids would really appreciate any donations or anything that they would like to give to continue this program," Ivey says.

Inkster Preparatory Academy is located at 27355 Woodsfield Street in Inkster. The school can be reached at 313-278-3825.