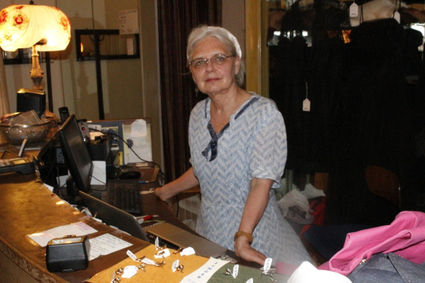 The city of Hamtramck shares its history with the city of Detroit. Hamtramck Mayor Karen Majewski says that at one time, the city stretched from Eight Mile Road, all the way to the Detroit River. Bits and pieces were chipped away at and absorbed by the larger city of Detroit, until 1922, when Hamtramck officially became a city. At that time, two square miles was all that was left of the city.

Hamtramck's current size, along with the cultural diversity found within it, is what gives the city its identity, says Majewski. "Hamtramck is small enough that you can kind of get your arms around it, and feel a part of something bigger than yourself, but also feel connected to all the little parts that go together to make that larger whole," she explains.

A native of Chicago, Majewski has been mayor of Hamtramck since her election in 2005, and previously had served on the city council. She and her husband moved to Detroit in 1988, finally crossing the city border and moving to Hamtramck ten years later.

A lifelong learner and teacher, Majewski earned her doctorate in American Culture from the University of Michigan. Her academic background includes studying immigration and ethnic groups. Another of Majewski's interests is history and she cites the creation of the Hamtramck Historical Museum as one of the successes of her time as mayor. The museum, which opened in 2013, was 15 years in the making and Majewski says it is now one of the city's most successful landmarks.

Majewski is also proud of the way residents have nourished the city's identity as a diverse and welcoming community to everyone. While the neighborhoods are compact and disagreements do erupt, she says the inter-cultural experience many find common in America now is different in Hamtramck than in a large suburb. "We live on thirty-foot lots, we smell each other's cooking, we hear each other's music, we hear each other's conversations, we sit on our front porches and watch our neighbors go by," she says. Cultural diversity is just outside your front door in this city. Majewski adds that there are roughly 26 languages spoken in the city's two square miles.

As mayor, Majewski says the power of her role lies in the influence she exercises as the face of the city. Hamtramck's day-to-day business is handled by City Manager Kathy Angerer and the city council. It's a system Majewski says works well because it provides for one top decision-maker for the city as opposed to a changing cast of elected officials.

Majewski says Hamtramck's population hovers just below 30,000, and adds that population continues to grow, as does demands for housing. There are no big businesses in this city, but Majewski says that small investors such a family businesses are what keeps the community vibrant. Majewski herself owns and runs a vintage shop on the city's main street. The mayor is pleased people choose this city for their homes and businesses. "I'm really proud of our little city. Here we are, two square miles, living on top of each other, and as much as in any small town where there's always drama going on, we get along with each other from all over the world," she says.

Majewski believes her passions, from studying immigration and diverse cultures, to helping run an older city, to running a vintage store, all come together in a theme of addressing an appreciation for things of beauty and worth that have become faded and forgotten over time.

"Come to Hamtramck. There's so much to do here, so much cool stuff," the mayor says. "Walk up and down Jos. Campau, window-shop, you'll see the world, you can do it all on foot."