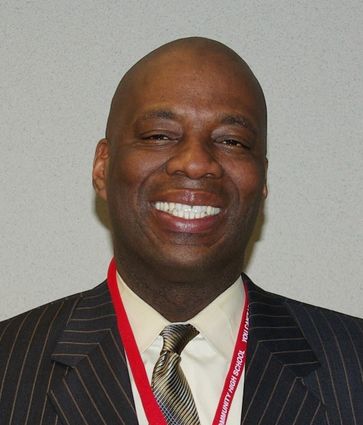 Ecorse Michigan has ran its own reputation over the years. From politics, sports, and education, the city is on an improvement tour. Kenny Jo McPhaul is a product of early Ecorse. He remembers it all. A time where the world was still figuring itself out, and Ecorse was struggling to make a mark on the country.

Mr. McPhaul has experienced Ecorse through many sets of eyes. The city nurtured Kenny Jo as a child, student, and athlete. After graduation from Ecorse High School in 1979. Kenny Jo became a member of the city's workforce by obtaining a job a Great Lakes Steel. At eighteen years old, Kenny Jo secured a position that provided grown men a living.

Working steel was lucrative, but the mills weren't enough for Kenny Jo. An opportunity in Bismarck North Dakota to play basketball landed at his feet. Being so far from home wasn't an issue. The environment he was accustomed to had its own racial melting pot. When his time was over in North Dakota; Kenny Jo kept the ball rolling on his education. Mr. McPhaul has received degrees from Wayne State University, Harvard and Eastern Michigan University. He happened to be roommates with the honorable judge Greg Mathis at Eastern.

With the wisdom gained Kenny Jo took it right back to Ecorse. Bypassing prettier jobs to become a Raider once more. For fourteen years Mr. McPhaul has been one of Ecorse's top administrators. At the end of the 2018-2019 school year he retired as principal of Ecorse High School.

Kenny Jo McPhaul has a long track record of success with the students in Ecorse. He's spearheaded an Alternative Education program that sent over two hundred young people to college. He's taken students to NASA, and currently has two of his former students in an astronaut program. Kenny Jo loves the kids, he placed a large investment in the future of our community.

Mr. McPhaul took what his elders gave him, and made his impression as best he could. To this day he credits his personal and professional success to the men and women of Ecorse that served as his elders. They never let him give up. In return he never let the students of his own give up.

The community thanks you Kenny Jo McPhaul for the hard work and sacrifices you put into the district.

Xavier Jones - What made the Ecorse that raised you so special?

Kenny Jo McPhaul - We had everything we needed! Black business, on a black street! Black doctors in a black hospital! I didn't need to look up to Frederick Douglass or James Baldwin. I had a community of elders who nurtured the youth, and gave them a reason to have hope. The village that brought me up, set a cycle of hard work and fellowship that I had no choice but to repeat.

Xavier Jones - Who do you think influenced you the most.

Kenny Jo McPhaul - If I could create a Mt. Rushmore to memorize my influences you would see my mother, Georgia McPhaul, Dr. Lawrence Thornton, Roscoe Bobo, and my elementary school teacher Mrs Willmena Carson. She didn't give up on me when I gave up on myself.

Xavier Jones - Why did you come back to Ecorse?

Kenny Jo McPhaul - It wasn't the money, I actually took pay cuts to come back home. Without Ecorse there will be no Kenny Jo McPhaul. It was only right I come back and pour back into the city that made me.

Xavier Jones - What are your retirement plans?

Kenny Jo McPhaul - Right now I'm just relaxing, I've decided to take a year off. By the time this story comes out I'll be on a jungle safari in Botswana. I'm also going to every San Francisco 49ers game this season. Home or away I don't care, I'll be following the team to every game. 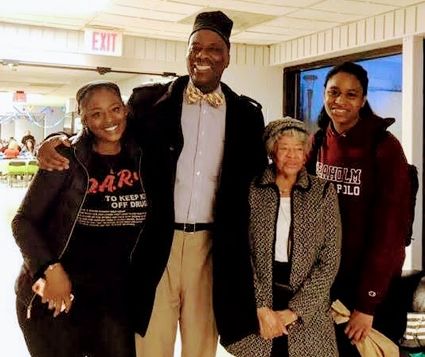 Xavier Jones - Do you think that you're leaving Ecorse in good hands?

Kenny Jo McPhaul - Of course! I support everything that's going to put my city in a better position. I love Shaunda Miller and wish her and Mr. Barclay the best of luck!

Xavier Jones - Any last words for the city of Ecorse?

Kenny Jo McPhaul - I love Ecorse! When I die I want them to cremate me and pour my ashes over Pepper Creek!

Thank you Mr. McPhaul and enjoy your retirement.