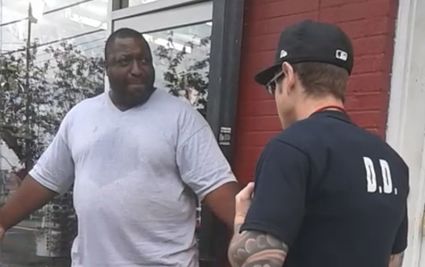 The video of Garner begging for his life and repeating the words "I can't breathe" eleven times, catapulted the case into the national spotlight and made it an often-mentioned example of police brutality.

Pantaleo was later assigned to desk duty and had his salary raised. Five months after the Garner killing, a Staten Island grand jury declined to indict Pantaleo. Then-District Attorney Dan Donovan made the decision and was later elected to Congress.

In his August 19 announcement, NYPD Commissioner James O'Neill said he expects rank and file officers to be upset with him for firing Pantaleo. "If I was still a cop, I would probably be mad at me." Police in New York have long been accustomed to winning political battles in public and rarely does the Commissioner admit mistakes by individual officers.

"In this case, the unintended consequence of Mr. Garner's death must have a consequence of its own," O'Neill stated. "There are absolutely no victors here today," he added.

"After five long years, justice finally breathes. But firing this guy is just the beginning," wrote Professor Ibram Kendi of American University moments after the news was released.

The head of the Police union in New York had another view.

"He will lose his police department," said Patrick Lynch, president of the city's Patrolmen's Benevolent Association.

Eric Garner's death on video at the hands of Pantaleo occurred less than a month before the shooting death of unarmed teenager Michael Brown in Ferguson, Mo. by police Officer Darren Wilson.