GETTING TO KNOW OUR ELECTED OFFICIALS 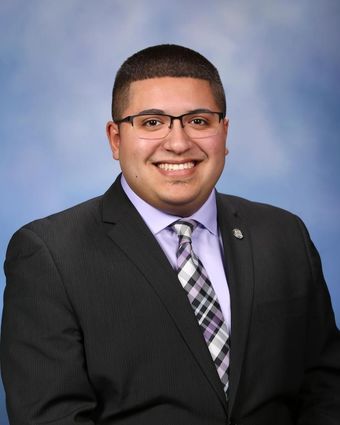 In 2013, Taylor resident Alex Garza knocked on over 15,000 doors, encouraging residents to vote for him in his bid for a seat on city council. At age 19, Garza won election, becoming the youngest person ever elected to serve on city council in the city's history. He did the job well and was re-elected in 2017. "I loved being on city council, it's something I really loved to do because it's so local," he says.

Garza credits his successful entry into politics to being open and accessible to the residents he serves. In 2018, Garza launched a bid for the 12th State House District. He won the seat and is currently serving his first term.

"I think that is the most important thing as an elected official, whether you're a city council member or a state representative, as I am now, is being accessible and open to your residents that you represent," he says. "They can call me for anything."

Garza says accessibility transcends both policy and the efforts he puts into his job. As a state representative, Garza says his goal is to foster a connection between residents and the state. "I think that's the best thing that I can do as an elected official, is to make state government work better for people."

While Garza was critical of recently passed legislation addressing auto insurance rates in Michigan, he concedes the new law does have some good features to it, including eliminating some non-driving factors used by auto insurers when setting rates for drivers. "We have to do better at permanently reducing the rates of auto insurance for Michiganders," he says. He adds that auto insurance rates were the number one topic he heard from voters when he was campaigning for the state house. "It's affecting everybody...its' very much a statewide issue," he says.

Garza says the work he does in Lansing comes directly from what he hears from voters in his district. To connect with those in District 12, Garza holds monthly Coffee Hours with residents, along with town hall

meetings which address particular issues of concern to voters. In addition, Garza attends events throughout the district, including meetings held by community organizations, churches, and schools-- and even the county fair. "People in my district are really very much involved in the community," he says. "It's really interesting how connected people are with each other." 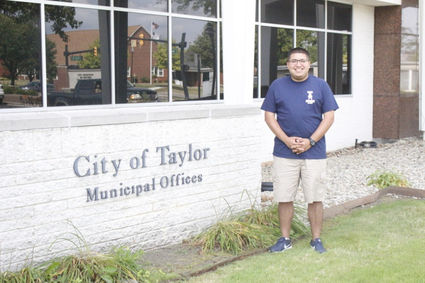 In response to what residents are telling him, Garza introduced a bill earlier this year to address tax issues for veterans. He says hearing what voters are concerned about is the most satisfying aspect of serving in the state legislature "I think people should know that I'm representing them and representing their best interests... it's not something where I go up to Lansing and I forget about home," he says. "People should know that everything that I do is in their best interest and making sure that I'm doing what they sent me here to do."

If you reside in the state's 12th House District, you can reach Representative Alex Garza at [email protected] or at 517-373-0852. He adds, "One of the things I want people to know is, your legislators want to hear from you."