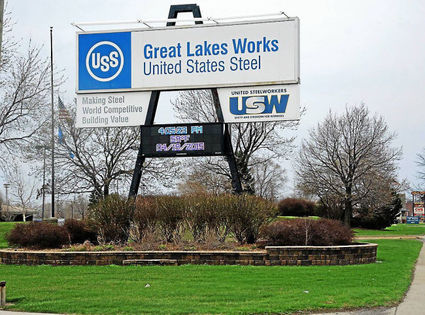 United States Steel will temporarily lay off workers at its Great Lakes facility in Michigan in coming weeks, according to a filing the steelmaker made with the State of Michigan.

In a Worker Adjustment and Retraining Notification filed on August 5, the Pittsburgh-based company said it expects to let go fewer than 200 workers following its decision to halt production at the Michigan facility.

In mid-June, the company said it would idle two blast furnaces at its Great lakes and Gary Works plants, citing lower steel prices and softening demand.

U.S. Steel said the lay-offs at the Michigan plant could last beyond six months. They will impact nearly every area of the facility, from blast furnace to finishing operations, a company spokeswoman told Reuters.

The lay-offs call into question claims President Donald Trump has made about the resurgence of the domestic steel industry. Last week in Pennsylvania, Trump said his 25% tariff on foreign imports has turned a "dead" business into a "thriving" enterprise.

Domestic steel prices did rise in the immediate aftermath of Trump's tariffs. But they have fallen dramatically amid improved supplies and weakening demand from the auto and farm machinery sectors.

Prices of hot-rolled coil are down nearly 37% from their 2018 peak.

U.S. Steel's stock price has plunged 73% since March 1, 2018, when Trump announced his decision to crack down on foreign imports.

An official at the United Steelworkers union, which represents U.S. Steel workers, said lay-offs were also planned for the Gary Works facility in Indiana. U.S. Steel's spokeswoman, however, said the company "currently" doesn't expect "any employment level changes" at the Indiana plant.

The city of Gary and the state of Indiana have offered U.S. Steel a $47 million tax break package to help it invest $750 million in modernizing Gary Works, its largest North American plant.

The state's tax credits and worker training grants were tied to the condition that U.S. Steel retain at least 3,875 jobs at Gary Works.