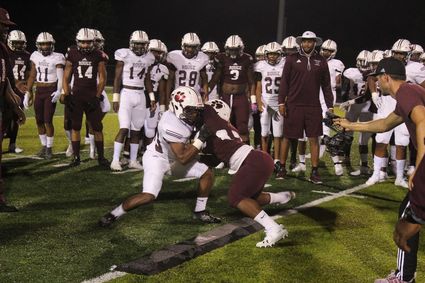 There is never a time where Coach Corey Parker, his company of dedicated coaches, and his proficient team of football players aren't striving for greatness. The ten year mark of Parker's tenure is slowly approaching, and goals have always been the same. Build the character and education of our young men, play football, win championships, and have fun.

When the sun comes out, so does the Panthers. Players have been taking advantage all summer. They have been on a constant duty of self improvement. On and off the field practices, scrimmages with other teams, and the annual summer camp have helped players learn the game and each other.

"This is one of the most talented teams I've seen in my ten years here." Claims assistant coach Eric Pettway. "Five starters are returning up front. Camp was good, the team bonded and stuck together in ways I haven't seen in awhile."

The next biggest River Rouge Football tradition happens right after summer camp. Midnight Madness. In the state of Michigan, you can't practice with equipment until a certain state regulated day. River Rouge gets started on the first second of that first day. 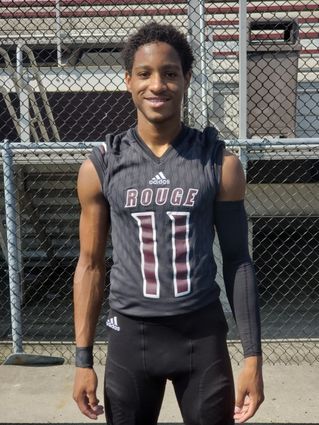 Midnight Madness is the moment where the Panthers can show the community the fruit of their hard practices. The bleachers were lined with visitors as Coach Parker narrated the drills and let the boys get the moment they have longed for

This is senior Caption and Kicker Avery Burch's last Midnight Madness as a player. He was forced to take a less physical side of leadership so he can be healthy for the season. "I got to lead the little guys." Says the four year starter. "I have to speak out more, I know how it feels to lose big games. I understand the position the coaches put me in and I'm ready for the pressure."

River Rouge's first game this year will be a home match against Catholic Central on August 30th.

The hunt for the championship never stops, the Panthers won't stop until the job is done.