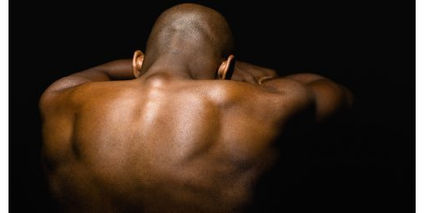 The National Newspaper Publishers Association began a series on the transatlantic slave trade.

The series started in conjunction with the annual United Nations International Day of Remembrance. With the observance of the first African landing in America, some question whether it's the 400th or 500th anniversary.

Historians point out that the 400th anniversary is the 400th year of the Anglo-centric history of Africans in the Americas.

"Dating the history of Africans in North America to 400 years ago reinforces this narrative of English superiority," Greg Carr, the Chair of the Department of Afro-American Studies at Howard University, told Time.com.

"Remembering the Spanish and indigenous sides of the history is more important now than ever as the people are closing the borders to those who are descendants from people who were here when you came," Carr said.

The first African to come to North America was a free man who accompanied Spanish explorers to Florida in 1513 – or 106 years before the 20 Africans who were kidnapped and brought to Point Comfort, Va., in 1619, Gates said.

"The father of our country was one of its largest slave owners," Gates said in the documentary.

"Because of the profound disconnect between principles of the Declaration of Independence and the Constitution and the simultaneous practice of slavery, we've had historical amnesia about slavery," he said.

Indeed, the slave trade began in the 15th century, said Boniface Chidyausiku of Zimbabwe. It was driven by colonial expansion, emerging capitalist economies and the insatiable demand for commodities – with racism and discrimination serving to legitimize the trade, Chidyausiku said.

Chidyausiku, then the acting president of the United Nations General Assembly, made the remarks in 2007 during the UN's observance of the 200th anniversary of the end of the transatlantic slave trade.

"Fortunes were made, and financial institutions flourished on the back of human bondage...[so] today's commemoration must encourage everyone to live up to the Universal Declaration of Human Rights, which says: 'All human beings are born free and equal in dignity and rights, and to redouble efforts to stop human trafficking and all forms of modern slavery,'" said Chidyausiku, who is now 69.

Michael Guasco, a historian at Davidson College and author of "Slaves and Englishmen: Human Bondage in the Early Modern Atlantic World," suggests it's the 500th anniversary.

"There's a Hispanic heritage that predates the U.S., and there's a tendency for people to willingly forget or omit the early history of Florida, Texas, and California, particularly as the politics of today want to push back against Spanish language and immigration from Latin America," Guasco told Time.

The fact that slavery was underway for a century in South America before introduction in North America is not widely taught nor commonly understood, Felicia Davis of the HBCU Green Fund told NNPA Newswire.

"It is a powerful historical fact missing from our understanding of slavery, its magnitude, and global impact. The knowledge that slavery was underway for a century provides deep insight into how enslaved Africans adapted," Davis said.

Far beyond the horrific "seasoning" description, clearly generations had been born into slavery long before introduction in North America, Davis said.

"This fact deepens the understanding of how vast majorities could be oppressed in such an extreme manner for such a long period. It is also a testament to the strength and drives among people of African descent to live free," she said.

Prior to 1619, "America had a system of discrimination and prejudice against all groups who were not identified as White Anglo-Saxon native," said Walter D. Palmer, who started a Community Freedom School for children and adult learners in Philadelphia that would become the platform on which he built his social legacy.

During the country's founding, many settlers learned from and lived close to Native Americans on the east coast, said author Cassie Premo Steele.

For example, it wasn't until resources like silver were found on what was Cherokee land that Andrew Jackson ordered the removal that became known as the "Trail of Tears," Steele told NNPA Newswire.

"Further genocides and removals took place in the West when similar resources and land were desired by white Americans," Steele said.

"Similarly, slavery was primarily an economic system that was based upon the dehumanization of Africans. Dehumanization is in some ways even worse than hate since it is a denial of the humanity of a people," she said.

The observance of the 400th anniversary of the first African landing at Point Comfort, Va., did bring about changes, according to Time.

It was the type of race-based chattel slavery system that solidified in the centuries that followed was its unique American tragedy.

A letter on file at the Library of Congress from early English settler John Rolfe noted that a century before August 1619, the transatlantic slave trade had been active.

The letter noted that hundreds of thousands of Africans helped with the establishment and survival of American colonies in the New World.

According to History.com, Rolfe was correct.

History.com reported that Christopher Columbus likely transported the first Africans to the Americas in the late 1490s on his expeditions to Hispaniola.

"To ignore what had been happening with relative frequency in the broader Atlantic world over the preceding 100 years or so understates the real brutality of the ongoing slave trade, of which the 1619 group were undoubtedly a part, and minimizes the significant African presence in the Atlantic world to that point," Guasco said in a History.com interview earlier this month.

"People of African descent have been 'here' longer than the English colonies," he said.