The fight has gone on for several years now.

Media mogul Byron Allen is currently in a major fight against Comcast and Charter Communications with a $20 billion lawsuit. The CEO of Entertainment Studios is suing the entities for not distributing his networks, claiming racial discrimination as a factor. Allen - who now owns networks like The Weather Channel and has recently acquired 11 local TV stations affiliated with CBS, NBC and ABC - is currently going on shows like The Breakfast Club to support his cause.

Allen's fight against Comcast started in 2015, according to The Hollywood Reporter, when he sued cable operators and satellite distributors after they refused to license his small channels that covered topics like criminal justice, cars and pets. He and his legal representation demanded billions of dollars for allegations of a racial bias conspiracy.

The NAACP and Al Sharpton were originally co-defendants in the lawsuit for allegedly making moves to "whitewash" Comcast's discriminatory business practices. According to the suit, when Comcast sought regulatory approval for its 2010 plan to acquire NBCUniversal, it needed to gain support. To assuage any worries that the merger would have bad effects on diversity, Comcast made voluntary commitments and entered agreements with various civil rights groups like the National Urban League, the NAACP and Sharpton's National Action Network.

However, Allen rebuked these agreements and questioned the monetary donations that Comcast contributed to these civil rights groups. He further questioned how Comcast was shelling out $25 billion annually on channel licensing, but less than $3 million on what he described as "100% African American-owned media."

At the time, folks like Sharpton denied that his monetary gains were because of agreements him or his organization entered with Comcast. He even threatened a defamation lawsuit against Allen.

However, eventually Sharpton and other civil rights groups were dismissed from the lawsuit and some of them even ended up supporting Allen's case.

First, Allen's suit was rejected three times by a district court judge who concluded that there was no plausible case that discrimination caused Comcast to not license Allen's channels. However, eventually the 9th Circuit Court of Appeals announced that Allen only needed to plausibly allege that discriminatory intent was simply a factor in - not the "but-for" cause of - Comcast's refusal to license his channels. Allen and his team were able to prove this, considering Comcast was carrying about 500 networks that Verizon, AT&T U-verse and DirecTV were carrying, but unlike these carriers, Comcast didn't carry Allen's channels. Meanwhile, Comcast was offering carriage to "lesser-known, white-owned networks" like Current TV, Fit TV and Baby First Americas.

Now, Allen's case is going to the Supreme Court and he has a big fight ahead of him, considering the Court's growing group of conservative justices. If he loses the Supreme Court case, it'll set a precedent for other companies or business people making discrimination claims in court. It'll make it harder for them to get to trial or to enact procedures of investigation. This could further discourage attorneys from representing alleged victims from the start.

Byron believes Comcast and his adversaries are violating the Civil Rights Act of 1866, which followed the legal abolition of slavery. Back then, Southern states were naturally upset with the new freedom of former Black slaves so they enacted the "Black Codes" to compel them to work through low-wage contracts and debt. Congress responded by passing a federal law that could hopefully achieve "practical freedom" for ex-slaves, including a prohibition of discrimination when drawing up or enforcing contracts. 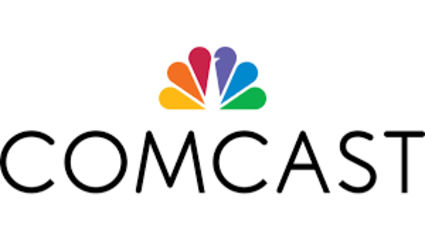 The 1866 Civil Rights Act was a bit of a broad stroke striving for equality. According to Allen's Breakfast Club interview, Comcast is asserting that in order for Byron to use the 1866 act, he or anybody else has to prove "that the reason we discriminated against you is 100 percent because you are Black." Allen and other civil rights groups argue that by reading a "but-for standard" into the anti-bias contracting law, attempts at eradicating racial discrimination could be threatened. "It can be 99 percent that you're Black and one percent that you're wearing tennis shoes and you can't use the law," Allen explained on The Breakfast Club.

Now, as mentioned earlier, many civil rights groups are backing Allen's case, including the NAACP, who were once targets in his lawsuit. The Supreme Court hearing will take place on November 13.