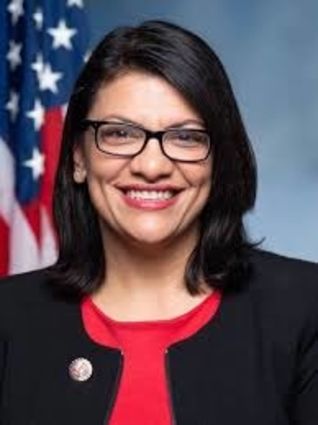 DETROIT – Congresswoman Rashida Tlaib (MI-13) sent a letter to the chairmen of the House Committee on Ways and Means, Committee on Oversight and Reform Subcommittee on Economic and Consumer Policy, and the Committee on Financial Services Subcommittee on Oversight and Investigations to request they hold investigative hearings into whether political campaign contributions influenced the designation of opportunity zones in her district and across the country. Opportunity zones were created by the Tax Cuts and Jobs Act of 2017 supposedly to encourage new investments in poor areas by providing tax breaks to investors.

"This is yet another example of how corporate greed and the influence of billionaires have infected our government like a disease," said Rep. Tlaib. "Residents in my district have witnessed time and time again how the desires of wealthy individuals are put before their needs-enough is enough. This is not how our government, or our democracy should work. We must take action to uncover the truth."

"Public trust in our federal government is eroded when the rules are applied unevenly and seem to reward the wealthiest and best connected amongst us," said Rep. Tlaib in the letter. "It appears that a tax program supposedly designed to benefit the poorest amongst us is now being used to reward political donors and wealthy investors."

The letter was sent to Chairman Richard Neal (Committee on Ways and Means), Chairman Al Green (Subcommittee on Oversight and Investigation), and Chairman Raja Krishnamoorthi (Economic and Consumer Policy).