How to Honor Native Veterans this Native American Heritage Month 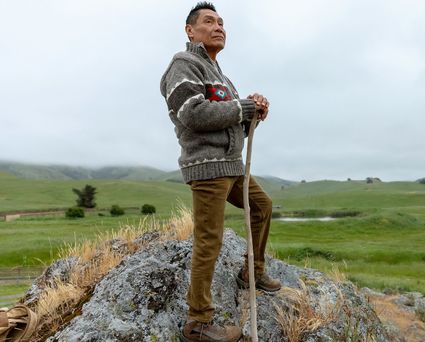 (StatePoint) November is Native American Heritage Month, a great time to honor the legacy and service of Native American veterans of the U.S. military. Here are a few ways to do so this month and beyond.

Today, American Indians, Alaska Natives and Native Hawaiians (AIAN) serve in the U.S. military at one of the highest rates per capita of all population groups, according to the Smithsonian Institution. In fact, the AIAN veteran cohort served in the Pre-9/11 period of service in a higher percentage than veterans of other races (19.9 percent vs. 13.3 percent, respectively).

Though these groups have served in every major U.S. war, few Americans are aware that Native people have served in the U.S. military at all. The history of their service during World War II is particularly significant, as Navajo, Comanche, Sioux and Hopi servicemen developed and memorized special codes based on their languages to send critical messages from the frontlines of battlefields in the Pacific, Europe and North Africa. Known as Code Talkers, their work was instrumental to win battles and save lives.

Organizations that promote appreciation and understanding of the identities and cultures of Indigenous Peoples, as well as honor the achievements and service of veterans, are helping shift the norm and serve as a model to others. Thankfully, many organizations and companies are already taking steps to honor Native American veterans in ways that tangibly improve lives and expand opportunities, such as through housing programs, educational scholarships and hiring initiatives.

Corporate action is also making an impact. In the case of Wells Fargo, initiatives include having dedicated team members focused on serving AIAN communities in the U.S. with products, services and financial education programs tailored to help tribal governments, tribal enterprises and tribal members succeed financially, as well as through hiring initiatives targeted at veterans through its Military Affairs Program. The company offers apprenticeships, internships, transition services and leadership training to veterans, as well as employee resource groups, financial education, military leave benefits and other programming.

"Wells Fargo has been the most military friendly company I've ever worked for," says Shanitra Foster, a Wells Fargo personal banker who is Navajo and served in the Army National Guard as a military police officer. "My team really supported me when I take time off for my drill weekends."

For more information on financial support in Native communities at wellsfargo.com/jump/enterprise/native-people.

A visit to the U.S. capital has long held opportunities for learning about U.S. military history, and soon, those who make the trip will have a dedicated site where they can honor AIAN veterans across generations. In November 2020, The National Native American Veterans Memorial will be unveiled in Washington, D.C. on the National Mall, representing the first time the country will recognize the distinguished service of Native Americans in every branch of the U.S. Armed Forces. Local historical sites and museums nationwide also pay tribute to military history and Native veterans.

This Native American Heritage Month and beyond, take steps to learn about the contributions of Native Americans in the military and find ways to honor their service.