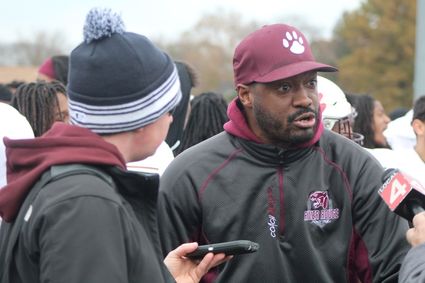 2019 has given the state of Michigan some of the best football its ever seen. Smiles, tears, heartbreak, and upsets all dealt by the hands of high school boys. As Thanksgiving approaches, the MHSAA football state final matches are approaching at Ford Field.

The River Rouge Panthers fought through the Chelsea Bulldogs, coming out 7-14. Earning the privilege to play downtown against Muskegon. This isn't Rouge's first bout with Chelsea, but it's by far the game that will hold the most weight in the Panthers-Bulldogs legacy.

Semi final football isn't perfect, both teams committed turnovers on their first offensive drives. As the cold air started to settle, River Rouge and Chelsea got comfortable in their own skin. Rouge's defense found a rhythm, but a bushel of penalties hindered the momentum from flowing. River Rouge kicker Avery Burch was short to move the chains on a fake punt, that gave the Bulldogs perfect field position for a touchdown. With six minutes left in the half, Chelsea led Rouge 7-0. Taking Rouge to their first scoreless half all season.

After the half, adjustments were made and the football resumed. In River Rouge's mind the score was 0-0, Chelsea's head was on using their defense to seal the lead. Chelsea came out of the locker room swinging. The Bulldogs challenged River Rouge's secondary every step of the way. Junior corner Ronnie Smith answered his call to duty as the defense deadlocked the Bulldogs to a scoreless third quarter. 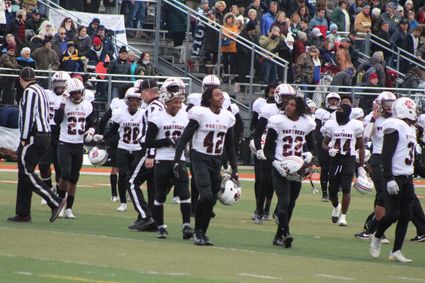 A 7-0 fourth quarter meant that in twenty minutes, the Chelsea Bulldogs will be at Ford Field. This looked likely when De'Andre Bulley went down. Bulley bounced back to set up quarterback, Mareyohn Hrabowski for a game tying touchdown with nine minutes left on the clock. He came back six minutes later for a touchdown of his own.

Chelsea's final drive was stopped by a pass break up by Ronnie Smith, and a sack from Leamon Jones. The turnover on downs resulted in River Rouge running the clock out to claim the 7-14 win.

Coach Parker, the staff, and the players shed tears of joy as they came to the big epiphany, "We're going to Ford Field!" The River Rouge Football appreciates the support it has gotten over the season. The district is expected and prepared to fill the stands of Ford Field, and cheer the Panthers to victory.