for abuse of power, obstruction of Congress 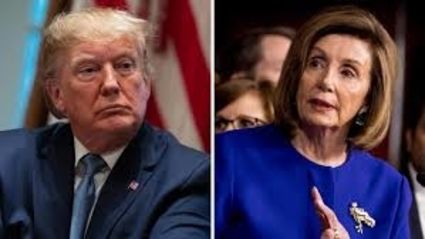 WASHINGTON (Reuters) - Donald Trump on Wednesday became the third U.S. president to be impeached as the House of Representatives formally charged him with abuse of power and obstruction of Congress in a historic step that will inflame partisan tensions across a deeply divided America.

The Democratic-led House's passage of two articles of impeachment on a mostly party-line vote sets the stage for a trial next month in the Republican-controlled Senate - friendlier terrain for Trump - on whether to convict and remove him from office.

The House action sets the stage for a trial next month in the Republican-controlled Senate - friendlier terrain for Trump - on whether to convict him and remove him from office. As the House voted, Trump was addressing a rally in Battle Creek, Michigan.

No president in the 243-year history of the United States has been removed from office by impeachment. That would require a two-thirds majority in the 100-member Senate, meaning at least 20 Republicans would have to join Democrats in voting against Trump - and none have indicated they will.

Trump, who is seeking another four-year term in the November 2020 presidential election, has called the impeachment drive an "attempted coup" by Democrats seeking to nullify his 2016 election victory. The Senate's top Republican, Mitch McConnell, has predicted there is "no chance" his chamber will remove Trump when it holds its trial.

Impeachment is a remedy devised by the United States' founders, wary of a monarch on American soil after breaking away from Britain and King George III in the 18th century, to enable Congress to remove a president who has committed "high crimes and misdemeanors."

Only two previous presidents have been impeached. The House in 1998 impeached President Bill Clinton on charges of perjury and obstruction of justice arising from a sexual relationship he had with a White House intern, but the Senate acquitted him. The House impeached President Andrew Johnson in 1868, focused on his removal of the secretary of war, but he was acquitted in the Senate.