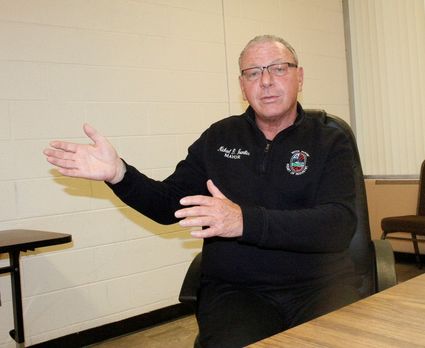 Michael Bowdler was elected mayor of River Rouge in 2005

When first elected to office in 2005, River Rouge Mayor Michael Bowdler had already gained experience in business as owner of his own t-shirt shop. He knew a thing or two about finances. The city was deep in debt and Bowdler recalls, "Our auditors came in at our second meeting and they said it's hopeless and impossible." In addition to being millions of dollars in debt, the city's pension systems were underfunded. "So we just rolled up our sleeves and tried to make cuts where we could." By summer 2006, elected officials in River Rouge were on their way to balancing the city's budget. "The city was blessed to have a very good council," Bowdler adds.

A lifelong resident of River Rouge, Bowdler says, "I had a good time growing up, I love this community and that's why I ran for mayor." As a child, the mayor recalls being involved in boxing and baseball. By the time he wanted the same activities for his own children, organized sports were not available in River Rouge due to lack of funding. "The city, for a long time didn't have no money," he says. In response, he, his wife, and some other parents stepped up and organized a T-ball team for the children to participate in.

Community involvement has always been important for Bowdler, both as a resident, and now as mayor. Currently, the mayor is enthusiastic about the city's No Kids Without a Christmas Program, which comes to life with the help of community volunteers. The program aims to make Christmas brighter for needy families.

Bowdler is also extremely pleased with the latest addition of the Splash Park at Memorial Park, which opened near the end of this past summer. The 5,200-square foot park was constructed with the help of a grant the city received from Wayne County. "I would say it's one of the best things to happen to the city in probably twenty years," Bowdler says of the Splash Park. "It's a highlight, the kids love it."

The city has also received a number of other grants at the federal, state and county level to help advance city projects. One such grant from the state in 2015 allows the city to hire residents and train them to be dispatchers for the city's safety department. State grants also provide for cross-training for the city's police officers and fire fighters, allowing public safety officers to fill both roles. Bowdler adds that residents make the best public safety officers because they know the city and the people. Grants have also provided for a new fire truck and firefighting equipment, and three police vehicles.

Additional grant money has enabled the city to demolish blighted homes, install LED lights throughout the city, acquire more property to be used for recreation, and install bike routes along Jefferson Avenue, in conjunction with the city of Ecorse. "We've been good at getting grants," says Bowdler. 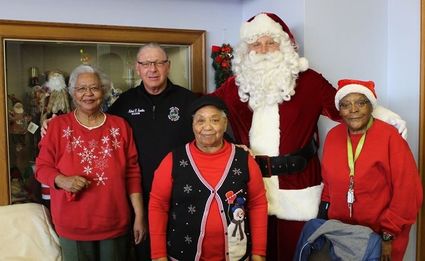 Another source of revenue for River Rouge has been the city's four medical marijuana dispensaries. Bowdler says nearly 75 percent of residents voted yes to the proposal to draft an ordinance allowing medical marijuana dispensaries within the city limits. "In the past 18 months, the city has received more than $100,000 in licensing fees and building permits," he says. "The city will also receive a percentage of gross sales from the state of Michigan." Additionally, Bowdler explains, the city receives tax revenue and money from water bills, and the facilities provide employment for residents.

He concedes he had a tough task when he took on the job of mayor, but Bowdler apparently has enjoyed the challenges along with the thrills. "We're able to do quality of life stuff, the taxes are coming down, the values are going up, and I see nothing but good things moving forward," Bowdler says. "Growing up here and knowing what made this city great, I remember all those good things."