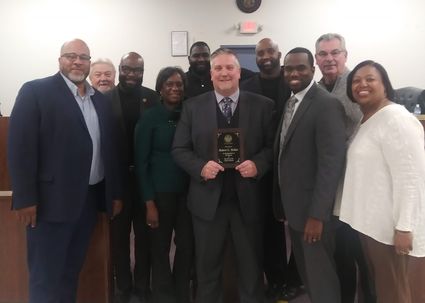 Robert Hellar was a very young man when he was first elected to serve on the Ecorse City Council in 1995. At 20 years old, Hellar was the youngest city councilmember elected in Michigan at the time. Not even old enough to enter a bar and order a cocktail, Hellar recalls that first Christmas after being elected, he was given a bottle of liquor as a holiday gift from a fellow city employee, along with all the other council members. "I came home with a pint of vodka and my dad said, 'Where'd you get that vodka?'" He explained that it was a Christmas gift and laughs as he recalls his father saying, "You can't even drink!"

Hellar would serve 23 years on the city council in Ecorse before resigning earlier this month. He says his decision to leave city council was based on a yearning for more personal time and fewer obligations. "My father said, 'You've always taken care of your parents, your family, your church, your community, your city-it's now time to take care of you.'"

Hellar's years on city council were productive ones. The Wayne State graduate, whose family roots in the city stretch way back to the early 19th century, says involvement in community was ingrained in him at an early age. In fact, he was still in college when a neighbor approached him about running for a city council seat. He agreed and assembled a small campaign committee and they all knocked on doors throughout the city, shaking hands and passing out literature about himself. The interpersonal approach worked and Hellar was elected.

Hellar says he is a natural "people person," and believes it is this quality that has served him best as an elected official. He remained pleasant and approachable to the residents he served, often receiving phone calls at home.

His accomplishments in Ecorse include helping to reestablish a recreation department and activities for youth, including Little League teams. He says city leaders would like to see youth programs thrive but the problem has become a lack of volunteers to coach and assist. "We have all these dreams and aspirations, but you can't do it unless you have the manpower," Hellar says.

During Hellar's tenure, the city applied for and received numerous grants to purchase fire trucks, ambulances, and equipment for the public services department, which he helped to reestablish. Previously, the city had contracted out such services after selling off city vehicles and equipment when the city fell on hard times. "We didn't even have a broom," recalls Hellar. "We started off slow; we hired a couple people and bought a couple lawnmowers, a weed whacker...and we kept building and building and building."

Hellar was instrumental in ensuring local residents were considered when it came to hiring for city work. "To me, you should offer jobs within the city first before you look outside the city," he says. "There are many people in Ecorse who are qualified for those positions."

He helped to form the Ecorse Historical Society, which meets in the Albert B. Buday Civic Center. "I always wanted a historical society," Hellar recalls. 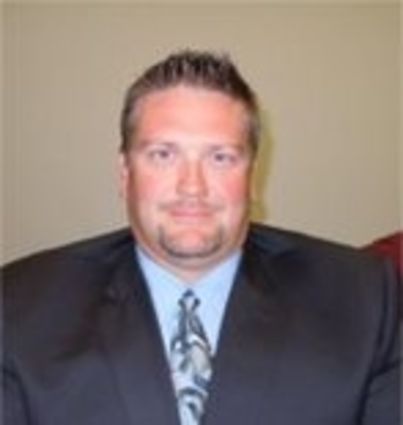 His fondest memories are of the relationship he shared with Ethel Stevenson, as she was a member of city council when he was first elected, and served as a mentor to him."Up until she died, I would still call her for advice on things," he says. "Ethel was very special to me."

Hellar looks back on his time working with the city as a time of devotion to his hometown. He has seen Ecorse struggle and succeed. He adds, "Funding was the biggest challenge in everything, because if you don't have the money, you can't do it, whether it's programs, hiring people, or beautifying city hall."

Hellar currently makes his home in Brownstown Township with his husband. He is satisfied at being able to arrive home at the end of the day and relax. "I'm off on a new chapter," he says. "It's nice to take care of myself and worry about myself."