The Art of Storytelling is Alive and Well in Detroit 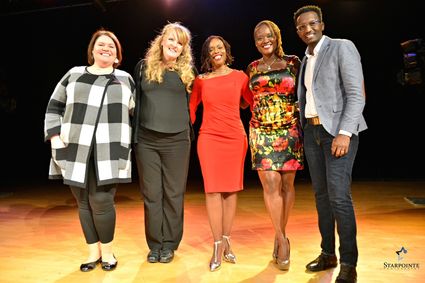 Storytellers create community when they relate a tale of a challenge they have faced.

To be a person is to have a story to tell," said the Danish author, Isak Dinesen, also known as Karen Blixen.

Satori Shakoor knows this firsthand. The playwright, stand-up comedian, singer, and author is the creator and curator of The Secret Society of Twisted Storytellers (TSSOTS), a production of The Society for the Re-institutionalization of Storytelling, a non-profit organization founded by Shakoor in 2012.

In the years following the Great Recession of 2008, Shakoor, the city of Detroit, and the rest of the nation, were all reeling from its effects. In 2011, she heard about a Moth storytelling contest. "As a stand-up comedian, that's what I would do, I would tell stories," she recalls. She tried it and discovered she had a natural talent for storytelling. She was later asked to host Moth storytelling events in Ann Arbor.

It was about that time that Shakoor decided that Detroiters might benefit from having a platform from which to tell their stories. Both the city and its residents were in a financial ind and facing challenges of all sorts. She says storytelling is a type of therapy built into society, and it's free. Shakoor's initial storytelling events were small, with room for 45 attendees. Fast forward several years and now TSSOTS holds its events at the Charles H. Wright Museum of African American History-which seats more than 300.

Shakoor says she learned her talent from the masters, old black ladies from the Jim Crow south. "As they talked, they imparted, they warned, they taught, they used it to entertain," she recalls. "They were uneducated women but they were masters of story-telling because they could convey a story where, while they're talking, they're feeding these images like you're watching it in your mind."

Shakoor says a good storyteller is someone who is open and aware. She says the more insightful a storyteller is, the better able they are at bringing out the deeper human condition and connecting with their audience. Storytelling is art, she explains, which promotes acceptance and healing while weaving a tale of a journey or challenge. "It's basically what the human does when they confront these overwhelming situations."

The mission of TSSOTS is to connect humanity and heal and transform community. While the main focus is on live performance, Shakoor also provides the service of workshops and coaching to individuals, organizations, and educational institutions. TSSOTS hosts 10 monthly storytelling events each year at the Wright Museum, along with additional events along the way. The organization is not a club, Shakoor emphasizes. "It's a platform, a stage, an opportunity to be seen, heard, respected, honored, and to be known-by 300 people-and to make a difference...and it's entertaining," Shakoor says. Anyone wishing to tell a story can go to the organization's website and click on the Contact tab, which will provide a space to submit a short synopsis of your story. TSSOTS provides four spots every month. "When you tell your story, you immediately create community," says Shakoor.

In February, TSSOTS is hosting two events: The Dating Game on Friday, February 14 at 8 p.m.at the Charles H.Wright Museum. Tickets are $20 in advance and $25 at the door. On Friday, February 28, a storytelling event titled Reparation will be held at the Southfield Pavilion. Tickets will be $10 and the performance will begin at 7 p.m. with a preliminary meet and greet at 6 p.m.

Information about events, tickets, and more can be found at http://www.twistedtellers.org.