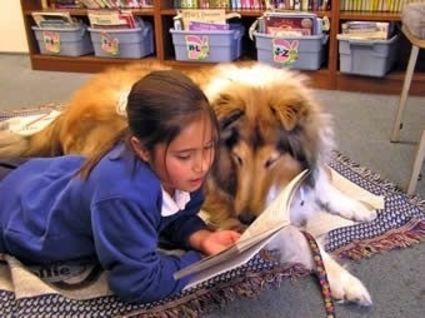 Martin recalls an event which occurred early in her career as a critical care nurse while working inthe intensive care unit at a downriver hospital. A patient in her care was not cooperating in her recovery and was essentially giving up. A family member told Martin that the patient's dog at home, a poodle, was also suffering from loneliness in her owner's absence and was refusing to eat. Martin got an idea. "I don't know what possessed me at the time, but I said to the daughter, 'Can you meet me at the back of the hospital, and do you have access to a baby buggy?'" she recalls asking. The patient's daughter brought the dog, hidden in the baby buggy, and Martin says, "We sneaked the dog into her room and put him on her bed and this woman's eyes just lit up." Martin says that the patient did indeed recover, adding, "That started the impetus for me of understanding and seeing just how valuable an animal might be in someone's recovery."

Armed with her newfound knowledge, Martin became the author of policies hospitals use in determining criteria to be met to allow patients' pets into hospitals. "In the critical care community, I became known as the Dog Nurse," she says.

Later, while working at the University of Utah Hospital in Salt Lake City, she became affiliated with the organization Intermountain Therapy Animals (ITA). ITA, based in Salt Lake City, uses volunteer teams made up of a certified therapy animal and a handler to participate in animal-assisted interactions in medical facilities, senior care centers, hospice centers, and grief support programs, to name a few.

As an ITA volunteer, Martin and her therapy dog worked with patients at the university's burn center. She saw first-hand how an animal can transform a hopeless attitude. "When you add an animal that's a therapy animal into the equation, it's amazing how things change," she says.

One morning in 1999, she woke up at 2 a.m. with an idea."Could animal-assisted therapy perhaps work in a setting where kids are not reading at level, where they are literacy-challenged?" she remembers thinking to herself. She took her idea to ITA's executive director, who liked the concept, and then she contacted a local library, where a four-week pilot program was assembled. Seven teams, including a therapy cat, were willing to participate.

The program was titled Dog Day Afternoons, and paired one team with one child for 30 minutes while the child read a book to the dog. Martin says the one-on-one format helped to build trust between the child and the dog and its handler. The READ Program was born and it was a huge success.

READ later partnered with a local elementary school, which had the capability of actually measuring students' reading abilities and improvements. The school found all participants in the READ program improved reading scores, with some students jumping four reading levels. 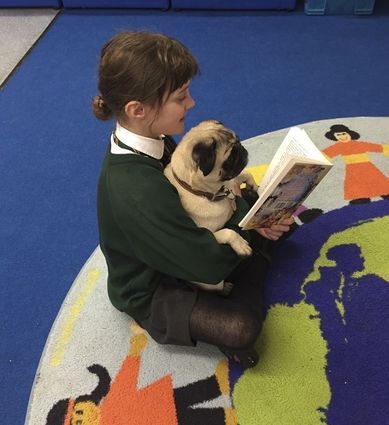 In its twenty years of existence, READ boasts more than 6,000 teams in 25 countries, 6 of Canada's provinces, and throughout the United States-but none in southeast Michigan. It is this reason that Martin assembled the presentation at the Dearborn Heights library. Her goal is to bring awareness of the program to the community and let people know the program would be a viable option to help any child improve their literacy skills. Part of the reason READ works so well, says Martin, is that the dog is an ideal listener and never laughs at the child when they make a mistake or mispronounce a word. Thus, a trusting relationship is established which allows the child to develop self-confidence.

Martin's presentation covered the history of the program, the role ITA plays, what participants have to say about the program, and why it works. The task now is to assemble a READ program here in southeast Michigan.

To learn more go to ITA's website http://www.therapyanimals.org and click on the READ link. A YouTube video explaining the program is also available by going to http://www.youtube.com and typing in "READ at the Library."