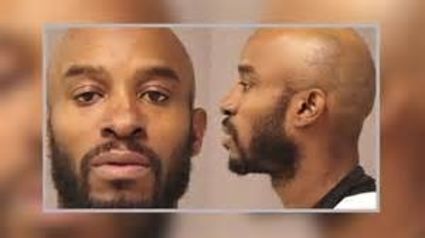 DETROIT - After he killed six people and failed in an attempt to kill himself, the man that haunted the community for weeks is in custody.

Police departments throughout the Metropolitan Detroit area and the U. S. Marshals had been on the lookout for Brown since January. The U.S. Marshals had increased the reward for information leading to Brown's arresto $10,000 ahead of his capture.

Brown was spotted about 1:30 p.m. at an adult bookstore on Detroit's 8 Mile Road, Craig said. He had been there before and a clerk also recognized him from news coverage of the police hunt for Brown, Craig said. Police responded and got word that Brown had crossed into Oak Park, north of Detroit, Craig said.

While conducting a K-9 search of the area, police spotted Brown jumping fences in a neighborhood, Craig said. Then there was a single gunshot in the 20000 block of Ridgedale Street in Oak Park. Brown shot himself in the head in an attempt to avoid arrest. He survived the gunshot but is hospitalized in critical condition. and being treated at a local hospital as of Monday afternoon, Craig said.

Craig said the search for Brown was challenging, with police seeking him around the clock and at multiple locations. "The good news is no one else got hurt," he said. "Certainly, this could've been a very tragic situation whether we had encountered him at the bookstore or if one of our officers had first."

Police suspect Brown is connected to three deaths in River Rouge, one on Jan. 8 and two on Feb. 2; a death in Highland Park on Feb. 18; and two fatal shootings in Detroit, on Feb. 20 and Feb. 22, Craig said.

Hours before Brown shot himself Monday, Craig said the killings weren't random and may include robbery, disputes that turned violent and drug-related matters.

"You can continue to run, you can hide for a while, but we will find you," he said of Brown and those who might aid him.

Speaking Monday afternoon, Craig reiterated plans to track down anyone who aided Brown. "We believe there were some people that were aiding him, concealing him," he said. "We're going to pursue them as well."

The help of the community was essential to the arrest of this man that has destroyed so many families.

Brown previously served 10 years in prison for manslaughter, Craig said. More details about Brown being an informant is being investigated.