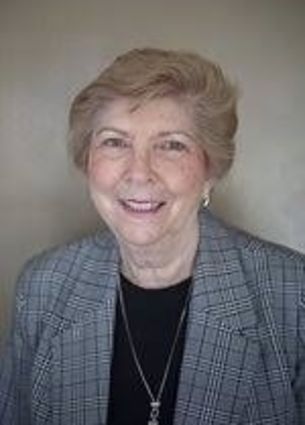 Allen Park Mayor Gail McLeod has been a resident of Allen Park for more than 40 years.

Allen Park Mayor Gail McLeod, sworn in last November, has never considered herself a politician. A resident of Allen Park for more than 40 years, McLeod spent her career as a Human Resources manager for a large corporation. She found her way into the political arena when Allen Park's emergency manager tapped her to sit on an advisory committee made up of interested residents in 2012. Working with the emergency manager and residents, McLeod and the committee came up with a master plan to get the city back on solid financial footing. By 2014, the emergency manger had completed her work and the city was under the oversight of a receivership transition advisory board and well on its way to better times.

It was then that McLeod began to hear from those she worked with on the committee that she ought to become more involved. "It was suggested to me by several members of that advisory committee that I run for city council," McLeod recalls. "I think it was a situation where we sit around and we say, 'Someone ought to do something,' and then a lot of people do nothing and I'm not that type of person-and so I ran."

It was 2015 and McLeod's name was on the ballot for city council. To her surprise, she received the most votes that election year, earning her not only a spot on city council but also the title of Mayor Pro Tem.

As her term on Allen Park City Council drew to a close, McLeod began to ponder whether to run for another term on city council or run for the mayor's position. Receiving much encouragement, she chose to run for mayor. Having previously served in a management position in her career, she felt confident in her ability to do the job. "I've never been afraid to step up and take charge," she says.

As mayor, McLeod is working to increase the city's communications capabilities with an improved website. She is working to reestablish city commissions which had been eliminated by the emergency manager, including the beautification commission and the historic commission. McLeod would like to get students involved on some of those commissions and plans to reach out to the schools. Improved relationships with the county and state are on her agenda as well. "It's an interesting experience, we've got a very good staff, we've got people who take a great deal of pride in what they're doing," she says of the job, which involves many.

McLeod says that the city as a whole is engaged in forward planning, to include infrastructure improvements, acquiring equipment, and repurposing and sale of city properties. She adds that the city is accomplishing its goals via assessing the city budget limits and utilizing grants rather than asking residents to fund the improvements through additional taxes. 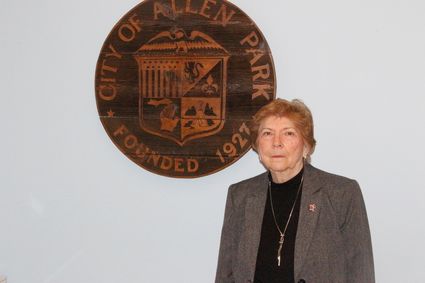 Allen Park has many residents who grew up there and ultimately stay, says McLeod. "People enjoy this community," she says. "It seems to be a community where some people may leave, but they will come back; it seems just about everybody knows everybody else." The city has 22 parks and a community center for families to enjoy and McLeod says new residences are being built as the city is enjoying a population increase of more families.

McLeod says she see continued growth for the city she leads. She wants to keep the city moving while letting residents know their voices have been heard. Of her role as mayor, she says, "This is not a position, to me, of power; it's one of great responsibility. It's something you have to take very seriously, because you're responsible to the residents, you're responsible to your employees, and you need to be careful about why you do and say."