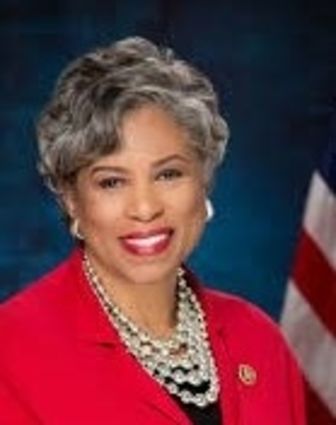 Michigan's 14th Congressional District extends from Detroit and the Grosse Pointes in the east, west to Farmington Hills and north to Pontiac. Covering parts of two counties, it is a diverse district that includes a variety of ethnicities and religions, as well as some of the wealthiest and not so wealthy communities.

The 14th Congressional District is represented by Brenda Lawrence, who has lived there all her life. Lawrence embraces the diversity and says it provides her many unique opportunities to be of service to those she represents. "It requires me to be connected, understand, and represent so many voices; for me, I just think that's what America is," she says.

A resident of Southfield, Lawrence has been married to her high school sweetheart for more than 40 years. They have two children. Her interest in her children's' school and education led her to membership in the Parent-Teacher Association. She later earned a seat on Southfield Public Schools Board of Education, serving as president and vice-president.

In 2012, Lawrence attempted a run for Congress' 14th District but was unsuccessful. She mad a second attempt in 2014 and won taking 78 percent of the vote. "This has been an amazing and very challenging role that I have been given the opportunity to serve in," she says, adding she believes anyone seeking political office ought to do so with the goal of service. She says she and her staff are committed to being accessible to her constituents and to hearing their concerns.

Lawrence says concerning issues in her district continue to be those associated with environmental injustice, immigration, and criminal justice reform which can provide education and employment opportunities for citizens returning from incarceration. She serves on the Subcommittee on Interior, Environment and Related Agencies, and serves as co-chair of the Congressional Caucus on Women's Issues. 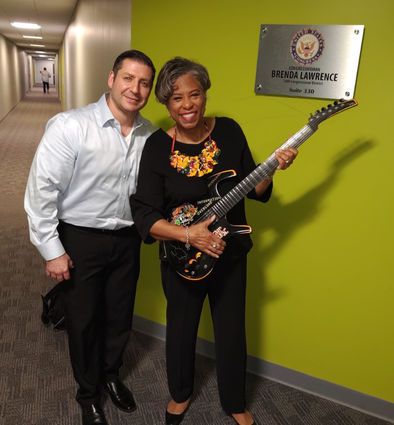 Earlier this month, Lawrence voted to support a bill providing $8.3 billion in supplement funding to combat the coronavirus. The bill was signed by President Trump on March 6. "I celebrate every victory. We did negotiate in a bipartisan way," the congresswoman said. The legislation will also provide relief

As for the future of her district, Lawrence says she appreciates the opportunity to protect Michigan's freshwater against polluters and invasive species. She will continue to meet the challenges of educational disparity within her district and will support criminal justice reforms which aim to mitigate recidivism. As for her district as a whole, she says, "I see an opportunity with all of our diversity to really be a beacon of light, of people working together, respecting each other." To contact Congresswoman Brenda Lawrence, go to http://www.lawrence.house.gov.