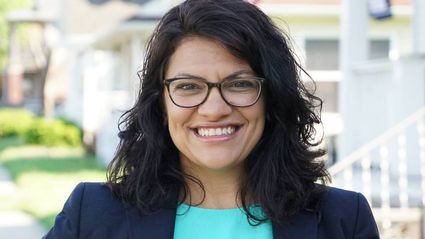 Congresswoman Rashida Tlaib of Michigan's 13th Congressional District began work as a community advocate, working with non-profit human service agencies. Helping oppressed and needy residents access services and programs has given her a sharpened capacity to do the same for the constituents she serves in Congress.

A native of Detroit and oldest of 14 children, Tlaib says her youth has shaped her ability to organize and meet the needs of those around her. Her parents were working-class Palestinian immigrants who relied on her a great deal at home. "Being the eldest of 14 probably prepared me the most for public service and fighting for those who haven't felt seen or heard in a long time," she says.

Tlaib earned a Bachelor of Arts Degree from Wayne State University. She later put herself through law school as a weekend student at Western Michigan University's Cooley Law School while working full-time. Tlaib says being a lawyer gives her an understanding of both the legislative process and crafting policy.

In 2004, Tlaib made an impression on then-State Representative Steve Tobocman when she worked as an intern and was later hired as part of his staff. In 2008, he, along with several others, urged Tlaib to run for his seat, which he was vacating due to term limits. "A light bulb went off in my head," she recalls. "These are people I love and respect, and they're all saying that it's time for me to think of my social justice organizing and advocacy work in a different way, and that's through public service." She ran for the seat in the state house, picking up over 90 percent of the vote in the general election that year. Tlaib was reelected twice, and due to term limits, decided to run for the state senate but was unsuccessful.

Tlaib returned to her work in the non-profit sector. In 2018 she decided to try another run for public office, this time the U.S. House of Representatives. She defeated her opponents, becoming the first Palestinian-American woman elected to Congress.

While her main arena of work is in Washington, D.C., Tlaib remains a present figure in the local community. Tlaib says the 13th District is the third poorest in the country, but adds, "If there's anybody that can combat the coronavirus or poverty, and really stand up proudly with their heads held high, it's my district. They inspire me." The congresswoman comes home to the district each week, an effort which keeps her connected to the residents and effective in her work in Washington, D.C.

In 2019, Tlaib's office established neighborhood service centers throughout the district to keep communication flowing between her and her constituents. "One of the key things is staying rooted in the community. The four neighborhood service centers are where I get my ideas for bills," she says, adding that the role of a congressperson is more than just ceremonial. "It's actually taking what we're learning and what's happening to people on the ground and translating that through the power of the letterhead, through the power to convene...it gives me credibility when I'm able to give true examples of why this is something important." 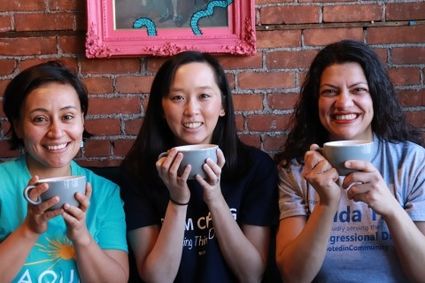 For the remainder of 2020, Tlaib plans to stay focused on the BOOST Act, proposed legislation she introduced last summer which aims to provide economic relief to families by introducing a new tax credit for working-class individuals. She will also be bringing attention to her attempts at holding education management companies accountable for how they use federal funding, through the Charter Oversight, Accountability and Transparency Act, which she introduced earlier this year. She will also be addressing environmental justice and economic justice issues that impact the quality of life for her constituents.

"These are incredibly strong residents and people that I feel like, if you meet them and talk to them, they make you want to work harder and that, I think, sets them apart from any other district in the country."

If you reside in the 13th Congressional District, learn more about what Congresswoman Tlaib is doing in Washington, or contact her at http://www.tlaib.house.gov.