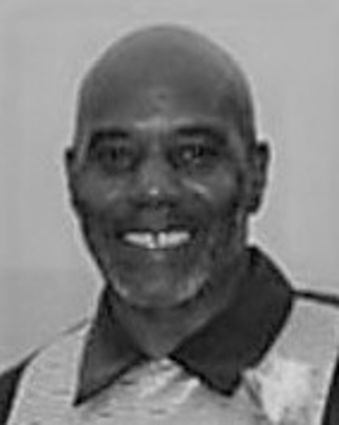 Church, don't let the Devil trick you. Just because you are not going to the church house Jesus still expects you to tithe and give offerings. The Lords' work in this world still continues even though we are not in one of His houses on earth.

The Lord knows what we have and what we don't have. All He expects us to do is what we can do. 2nd Corinthians 8:12 Whatever you give is acceptable if you give it eagerly. And give according to what you have, not what you don't have.

At the beginning of the church in the book of Acts when they did not have churches like we do today they met from house to house. Acts 2:46 They worshiped together at the Temple each day, met in homes for the Lord's Supper, and shared their meals with great joy and generosity- 47 all the while praising God and enjoying the goodwill of all the people.

So as you see in the beginning there were no church houses like the ones we worship in today. However, they still gave tithes & offering to finance the spreading of the gospel and to take care of and provide for the needs of the members of the church. Acts 4:32 All the believers were united in heart and mind. And they felt that what they owned was not their own, so they shared everything they had. 33 The apostles testified powerfully to the resurrection of the Lord Jesus, and God's great blessing was upon them all. 34 There were no needy people among them, because those who owned land or houses would sell them 35 and bring the money to the apostles to give to those in need.

They also took care of their pastors. 1st Corinthians 9:13 Don't you realize that those who work in the temple get their meals from the offerings brought to the temple? And those who serve at the altar get a share of the sacrificial offerings. 14 In the same way, the Lord ordered that those who preach the Good News should be supported by those who benefit from it. And Galatians 6:6 Those who are taught the word of God should provide for their teachers, sharing all good things with them.

The Lord Jesus does not expect you to give what you do not have only what He knows you have to give.

Malachi 1:14 "Cursed is the cheat who promises to give a fine ram from his flock but then sacrifices a defective one to the Lord. For I am a great king," says the Lord of Heaven's Armies, "and my name is feared among the nations!

To those who do not believe in tithing & or giving offerings, this message is not for you it is only for those whose faith allows them to tithe & give offerings. Jesus loves you if you do or if you don't. Just know this from the Lord. He is a Lord of covenants. Simply put it means this. The Lord says, if you do I will do what I said I would do. But if you don't I won't. You will be reduced to receiving pagan blessings. You know how God causes his rain to fall on the just and the unjust and those who do what He says and those who don't. To get what God promised in His word you have to do what He said to do to get it.

But be warned brothers and sisters who say, the Lord has not commanded the tithes and the offerings, it is not good to say bad things about the Lord our God. We cannot say we believe John 3:16 but we don't believe other parts of God's word. If one part is a lie then it's all a lie. But if John 3:16 is true then Malachi 3:10 Bring all the tithes into the storehouse so there will be enough food in my Temple. If you do," says the Lord of Heaven's Armies, "I will open the windows of heaven for you. I will pour out a blessing so great you won't have enough room to take it in! Try it! Put me to the test! 11 Your crops will be abundant, for I will guard them from insects and disease. Your grapes will not fall from the vine before they are ripe," says the Lord of Heaven's Armies. 12 "Then all nations will call you blessed, for your land will be such a delight," says the Lord of Heaven's Armies. It is true too.

We cannot pick and choose which parts of God's word we call truth.

Don't let this word from the Lord be describing you, Malachi 3:13 "You have said terrible things about me," says the Lord.

"But you say, 'What do you mean? What have we said against you?' 14 "You have said, 'What's the use of serving God? What have we gained by obeying his commands or by trying to show the Lord of Heaven's Armies that we are sorry for our sins? 15 From now on we will call the arrogant blessed. For those who do evil get rich, and those who dare God to punish them suffer no harm.'"

Let me close with this last word from the Lord our God and the Lord Jesus Christ describing those whom the Lord calls his treasured possession. Is this you?

Malachi 3:16 Then those who feared the Lord spoke with each other, and the Lord listened to what they said. In his presence, a scroll of remembrance was written to record the names of those who feared him and always thought about the honor of his name. 17 "They will be my people," says the Lord of Heaven's Armies. "On the day when I act in judgment, they will be my own special treasure. I will spare them as a father spares an obedient child. 18 Then you will again see the difference between the righteous and the wicked, between those who serve God and those who do not."

Are you one who serves the Lord or one who does not?

With all the Love of Christ Jesus