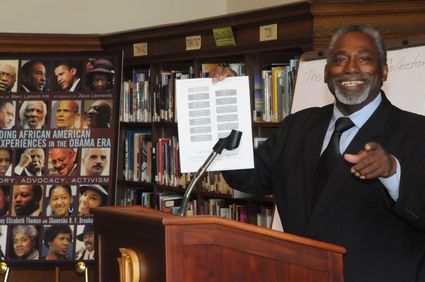 Genealogist, Dale Rich, shows document during a session while teaching a class on tracing your past

here are no shortages of public service announcements urging participation in the 2020 Census-and with good reason. The data is used to determine federal funding and congressional representation. In addition, your personal census data may create a connection to some distant time in the future.

Dale Rich, photographer, researcher, historian, and genealogist, says census data can be a source of information for anyone searching their ancestry. A lifelong Detroiter, Rich began researching his own family roots in the 1970s. His experience has given him a wealth of knowledge on the subject.

Rich says the 1977 television miniseries "Roots" showed African Americans that it was possible to trace their ancestry back to Africa. It could be an enormous challenge, however, because 150 years ago, black people were considered property, not people. Genealogists call this the "brick wall," as it impedes African American lineages prior to 1870, when slaves were listed under their owner's names. In the 1850 and 1860 Census, slave schedules were used to ascertain population numbers but gave no identity to the individual slaves. When the 13th Amendment abolished slavery in 1865, the 1870 federal Census began listing African descendants with surnames.

Censuses have been taken by the U.S. Government every 10 years since 1790. Census data remains confidential for 72 years to protect the privacy of respondents. In 2012, records from the 1940 census were the most recent to become available for review.

Census records from 1790 to 1940 are maintained by the National Archives and Records Administration, not the Census Bureau. Records include names, relationships, and locations, and can be a useful tool for anyone doing genealogical research. It is for this reason that participating in the 2020 Census is a good idea, as 72 years from now, your descendants may come looking for information on you. "You can't just say, I don't count, because if you say that, you won't count," says Rich. "It's almost like a track star running the race and he passes off that baton to the next guy, and he takes it and runs and passes it on to another. It's your culture, it's your heritage." 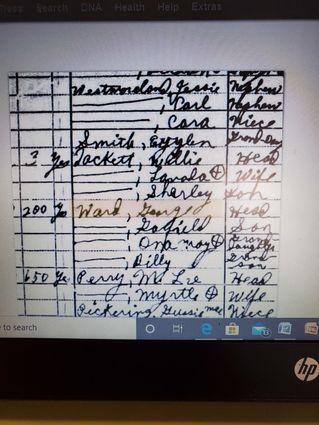 This is a record from the 1940 Census where Dale Rich located his Great Great Grandfather, George Ward. The census reports that he was born about 1834. In 1940, he was 106 years old and lived in Pontotoc, Mississippi, with his son, grandson, and granddaughter.

Rich suggests anyone looking to research their ancestors try Family Search at http://www.familysearch.org, The site is a free genealogical search tool which can help you access census data and you can use it right in the privacy of your own home. Ancestry is another such tool, but a subscription is required. Find it at http://www.ancestry.com. Census data can be accessed via a link to the National Archives at http://www.census.gov/genealogy/. Another option is the Fred Hart Williams Genealogical Society, located here in Michigan. Find it at http://www.fhwgs.org.Some sites allow access to military records and newspaper obituaries as well. "So all these pieces put together will help you find who you are and where you came from," he adds. "You can do it yourself."

If you have not returned your 2020 Census form, census enumerators will be knocking on doors later this year. Make sure you count; your descendants may be counting on you.

Next week's issue will go into more detail about George Ward.