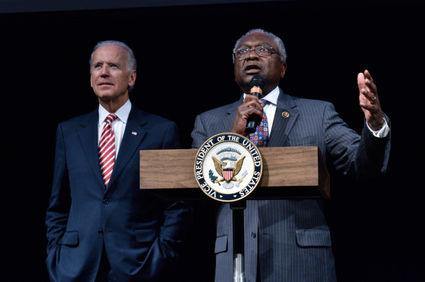 Now, the two-time former second-in-command to President Barack Obama has laid out a comprehensive plan for African Americans.

His campaign called the plan "a living document."

It said the Biden team looks forward to hearing from everyone as they continue to develop the Democrat's vision for all of America.

In a news release, the campaign noted that Biden "knows we need a comprehensive agenda for African Americans with an ambition that matches the scale of the challenge and with a recognition that race-neutral policies are not a sufficient response to race-based disparities."

They said the Biden Plan for Black America would:

Advance the economic mobility of African Americans and close the racial wealth and income gaps.

Expand access to high-quality education and tackle racial inequity in our education system.

"Joe Biden knows that African Americans can never have a fair shot at the American Dream so long as entrenched disparities are allowed to chip away at opportunity quietly," his campaign's statement noted.

"He is running for President to rebuild our economy in a way that finally brings everyone along – and that starts by rooting out systemic racism from our laws, our policies, our institutions, and our hearts."

With the novel coronavirus hitting African Americans the hardest, Biden's plan recognizes the disparities long faced by the Black community.

In April, he called on the Centers for Disease Control and Prevention, to collect more data regarding how COVID-19 is affecting communities, including breaking down its impacts by race.

"The data we've seen so far suggests that African Americans are dying from COVID-19 at a higher rate than whites," the campaign noted.

"Long-standing systemic inequalities are contributing to this disparity – including the fact that African Americans are more likely to be uninsured and to live in communities where they are exposed to high levels of air pollution."

"African Americans also represent an especially high percentage of the front-line workers putting themselves at greater risk to sustain the economy and keep the rest of the country safe and fed – and are less likely to have a job they can do from home, forcing them to make the difficult choice between their health and a paycheck.

"While there's a lot we don't yet know about COVID-19, we do know that equitable distribution of resources, like testing and medical equipment, can make a difference in fighting the virus. Biden believes this should be a priority, and action must be taken now."

Other highlights of the plan include rolling back Trump Administration policies that gutted fair lending and fair housing protections for homeowners and giving local elected officials the tools and resources they need to combat gentrification.

Biden said he plans to hold financial institutions accountable for discriminatory practices in the housing market, and he will restore the federal government's power to enforce settlements against discriminatory lenders. 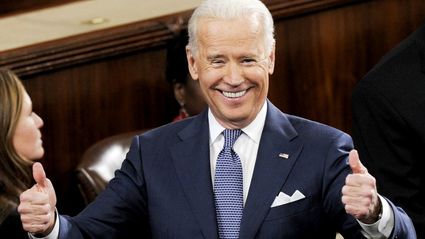 Additionally, the plan calls for Biden to strengthen and expand the Community Reinvestment Act to ensure that the nation's bank and non-bank financial services institutions are serving all communities.

Biden plans to eliminate local and state housing regulations that perpetuate discrimination and establish a $100 billion Affordable Housing Fund to construct and upgrade affordable housing Providing tax incentives for the construction of more affordable housing in communities that need it most.

"Today, we need a comprehensive agenda for African Americans with an ambition that matches the scale of the challenge and with a recognition that race-neutral policies are not a sufficient response to race-based disparities," Biden stated.