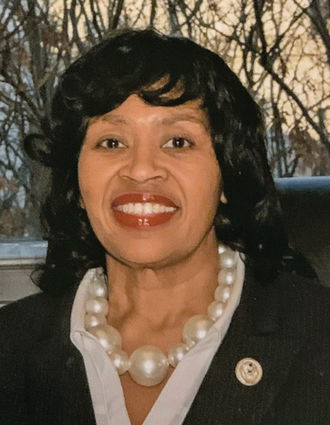 DETROIT – Detroit City Council President and Former Congresswoman Brenda Jones beat back a complaint brought by Christina Elizabeth Guzman of Dearborn Heights, Michigan – a complaint to disqualify and deny Brenda Jones be placed on the August ballot. The Wayne County Clerk has certified that Brenda Jones will be on the ballot for the August 4, 2020 primary election.

The decision was officially announced today that candidate Brenda Jones will appear on all ballots as a Democratic Candidate for Congress in Michigan's 13th Congressional District. The Campaign to Return Brenda Jones to Congress submitted nearly 1,500 signatures by the filing date, which was well beyond the threshold of the 500 signatures required.

The question is why would Christina Elizabeth Guzman of Dearborn Heights, Michigan want to keep Brenda Jones off the ballot? The Friends of Brenda Jones (now) hopes the Campaign can move past the needless waste of time and money related to Christina Elizabeth Guzman's complaint. Additionally, the Friends of Brenda Jones believes the people should have a choice – a choice that will allow the voters to decide who should represent them as their 13th District Congressperson.

In 2018, Brenda Jones was elected to complete the Honorable John Conyers, Jr.'s term. Despite a brief five-week tenure, Former Congresswoman Jones voted 77 times and sponsored two pieces of legislation, while representing Michigan's 13th Congressional District. Brenda Jones is running to return to the U.S. House of Representatives as Michigan's 13th District Congresswoman because she believes the residents of the District deserve more.