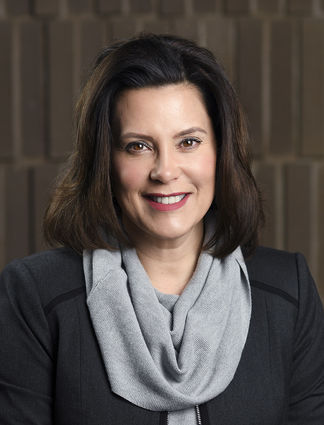 LANSING, Mi(AP) - The state of Michigan early Thursday announced a settlement in a lawsuit over poor reading skills that was filed on behalf of Detroit schoolchildren, weeks after a federal appeals court issued a groundbreaking decision recognizing a constitutional right to education and literacy.

The 2016 lawsuit that the appeals court had sent back to a federal judge in Detroit alleged that the city's public schools were in "slum-like conditions" and "functionally incapable of delivering access to literacy."

Gov. Gretchen Whitmer and he plaintiffs announced the agreement in a joint statement.

"We are pleased to announce that we have reached a settlement that will help secure the right of access to literacy for students in Detroit who faced obstacles they never should have faced," they said. "This landmark court decision recognizes that every child in Michigan deserves an opportunity to obtain an education, which is essential to having a strong foundation in life and a brighter future."

Details of the deal will be released later Thursday.

But on April 23, the appeals court said students at poor performing, dilapidated Detroit schools are entitled to a basic minimum education under the U.S. Constitution. The decision could lead to millions of dollars in new spending.

The Republican-led Legislature recently asked the full 6th U.S. Circuit Court of Appeals to set aside the 2-1 ruling. It said managing K-12 education is a job for state and local officials, not the federal judiciary.

Whitmer, a Democrat, replaced Republican Gov. Rick Snyder as a defendant after being elected in 2018.

State Board of Education member Tiffany Tilley called the settlement "historical" and said she expects the board to receive updates and details from the state attorney general's office.

"This is going to affect education in every ZIP code across America," said Tilley, a graduate of Detroit's Henry Ford High School. "Now, we need to make sure to find the funding to the change the structure of how we fund schools here in Michigan." 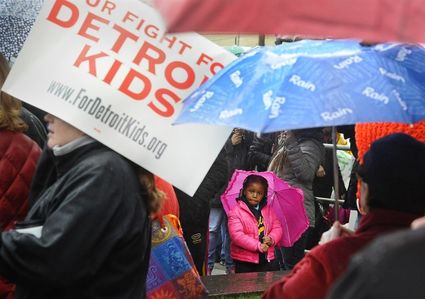 Tilley said an expected cut in education funding due to the coronavirus pandemic are concerning.

Molly Sweeney, organizing director of the Detroit-based education organizing network 482Forward, said her group is awaiting details of the settlement.

"I hope there are adequate resources for Detroit schools and reparations for Detroit students," Sweeney said, adding that the next state budget should not include cuts to education and basic needs.

"This is one first step to push our governor to find new revenue for our state in this moment," Sweeney said.