Question: Pastor O., why is it wrong when White people march and protest but it's okay when Black people do it? 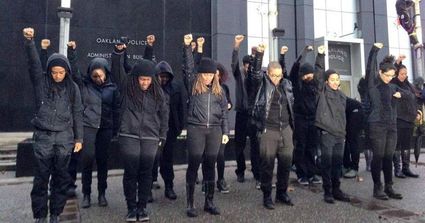 Answer: A White person wants to know the difference between Black people marching and protesting versus White people's protests and marches.

First, White people march and protest for rights that they only perceive have been taken away from them but not really. I have never seen in my 64 years here in America White protesting against getting murdered and nothing being done about it.

Black people protest and march against Black men being unjustly murdered and how nothing ever gets done about it. We take a knee rather than join in with the hypocrites who believe the lie "all men are created equal." Black people already know they are equal, but some White people don't seem to know or like that.

As Martin L. King once said, "we are not asking for exclusive rights; we are just asking America to live out her declaration that all men are created equal." Just saying it does not make it so. When that line is actually written, a slave was holding the lamp so that the writer could see.

So when Black people see White people carrying assault weapons and handguns designed to kill large numbers of people quickly, to Black people, it's just not the same. You did not see any guns in the passive resistant marches led by MLK as he and others including some White people marched for civil rights for all Americans. One of those rights was to not be unjustly murdered.

Nowadays Black people in America get the death penalty for looking guilty while jogging. We see White people coming into the Black neighborhood all the time and how many of them have been shot for jogging or visiting a friend.

Again, White people only perceive that some right has been taken away from them, and that can in no way be compared to the marches and Knee's Black people take against being unjustly murdered and nothing ever being done about it.

So that is the difference between White People and Black People marching & protesting.

But when Jesus Christ comes back for His church He will be coming for believers in His death, burial, and resurrection according to the scripture and not a race of people of a particular color or ethnicity.

With all the love of Jesus Christ