Living it Up on the Southwest Side 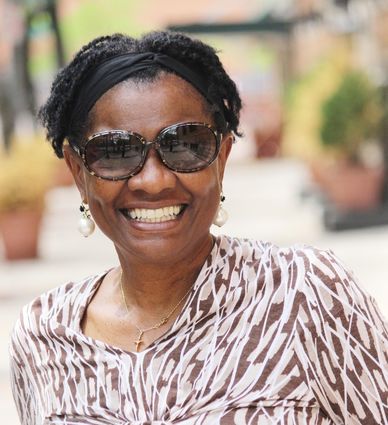 What's up Detroit 48217! Let's take a stroll back down memory lane. Southwest Detroit is a place many of us call home. By Southwest, I'm referring to the southern section of the city that's near River Rouge and Ecorse.

Growing up in this area was a unique Detroit experience for us because this area was detached from the rest of the city. Many Detroiters did not know we existed until they built the I-75 expressway adjacent to our community.

The isolation was good in many ways. We developed a strong sense of community and a generational connectedness with love as our foundation. People in this area have always described where they live in relation to three streets. They live across Schaefer, across Visger Road, or near Outer Drive.

Like many, I have happy memories of growing up in Southwest Detroit, including a positive experience at Jeffries Elementary School. Many people now refer to the area of 48217 I live in as The Hole. What's funny is when I was growing up we called The Hole the streets located across Pleasant Street.

I loved Jeffries. If felt modern and bright and had the best teachers on the planet. We had a superb janitor named Mr. Murray. His passion was keeping our school spotless. You could see your reflection on the floor because he polished it to perfection throughout the day. Mr. Murray makes you recall the days when janitors cared deeply about the schools they cleaned and the children who attended.

Pride was a big part of growing up in our community, and one of our greatest boosters was the now deceased, Mr. King. I especially looked forward to the yearly community pride parades he helped to organize. The parade featured the high-stepping Southwestern marching band decked out in blue and gold. The BIG S-O! The Pied Piper like parade would pass my home and I would eagerly jump at the end of the line and walk a few blocks or trail on my bike. The longer they marched the bigger the parade grew. What joy!

The radio station WCHB-AM also was a unifying force. Butterball Junior's jabs at former race-baiting Dearborn Mayor Orville Hubbard were funny and refreshing. When the Motown music on WCHB was silenced by gospel music on Sundays, we would hear the jazzy sounds of WJZZ-FM blaring from every young person's car radio as they road around the neighborhood profiling and trying to be seen. We grooved to Miles Davis, John Coltrane, Nancy Wilson and Les McCann , to name a few of the greats.

Summertime in Southwest Detroit was better than any summer camp a child could attend. The days were filled with teenaged, street corner groups perfecting their Motown songs, kids playing two-squares, hopscotch, jump rope, softball [oftentimes with a stick and tennis ball], street showers and kick-the-can. Baby Boomer kids were everywhere. Some homes barely had a blade of grass because so many kids were constantly trampling it while playing.

We were a peaceful people.

When we needed refreshments, a Good Humor truck could be counted on to pass through. We also had community-based Rufus with the best popsicles on the planet as he drove his spotless motorcycle style ice-cream vehicle throughout the neighborhood.

My friends and I loved to swim at Kemeny Recreation Center. Actually, we bobbed up and down because the pool was too crowded to swim, plus getting our hair wet was out of the question. On the way home from Kemeny, we would sneak into Diggs Funeral Home to sneak a peek of the bodies in the caskets. Whenever detected by funeral home staff, we would make a mad dash out the door, laughing and screaming. Death seemed so foreign back then. It was something that happened to old people. Now, it steals our youth.

Saturday afternoons were spent watching matinee, double-feature movies in the Lancaster in River Rouge or The Harbor in Ecorse. Those were the days when Godzilla was real to us and so was the delicious butter on the popcorn. Later in the evening, many of our hardworking parents made their way to Chappy's Lounge on Visger Road to hear top-performing music acts that toured the country. Then on Sunday morning, everyone hit the churches throughout the community for praise and worship, including Fews Memorial, Union Second Baptist, Pine Grove and Triumph, to name a few.

If you were a teenager, on Saturday night you went skating at the RollerCade. Skating was a blast, but everyone seemed to have an even better time afterwards hanging out at the White Castle in Melvindale. That's when one dollar would buy a sack of hot and juicy White Castles. Most kids couldn't wait to come of age for the White Castle experience. We wanted to hang out of cars and profile at The Castle.

In the 1960's, the majority of the local businesses were owned and operated by neighborhood people, including the gas stations, restaurants and corner stores. Economy Shoe Repair on Visger fixed our kicks, the Little family repaired shoes on Schaefer next door to Dean's Beauty Salon styling hair, Barthwell filling prescriptions, Dr. Moseley making us well, Austin and Herb dry-cleaning our clothing, McFall Brothers and the Diggs family burying our deceased, Cindy and Lucinda arranging the flowers, Jean frying our shrimp, Cephus baking delicious cakes, Leon selling penny candy on Pleasant, Billy selling hats, O.H. Smith selling real estate, Chappy showcasing entertainers, Dr. Kendrick filling cavities on Fort Street and a hospital built by Black physicians to heal our community. Not to mention there was a host of Black-owned businesses in River Rouge and Ecorse. Whew! The people who sold to us and serviced our needs did not have bulletproof, barricaded stores because we were family.

Jeffries Elementary School gave me an excellent education. I was able to attend Cass Tech and graduate from Wayne State University. I moved away for a few years but eventually returned and raised my daughter in Detroit 48217.

Over the past few years I have advocated for a cleaner environment here-standing on the shoulders of some power Environmental Organizers, like Theresa Landrum, Dr. Delores Leonard, Rhonda Anderson and Vincent Carter, to name a few. Now, some of us have come together not to dwell on the past, but to think about how to strengthen not only Detroit 48217, but Ecorse and River Rouge. We are The Tri-Cities. We have a shared history that is a strong foundation to come together and enhance to quality of life for everyone still living here. We are Tri-Cities United!

In the coming months, I have been invited to write articles for The Telegram, primarily about ways to improve our health. Right now, we are enduring the most challenging time of our lifetime-the fight against COVID-19. If we work together as a community, we are likely to have better outcomes.

People need to know they are not alone and we can make it through this season and come out stronger. We are a resilient people. I look forward to building with you-Tri-Cities United-and strong.