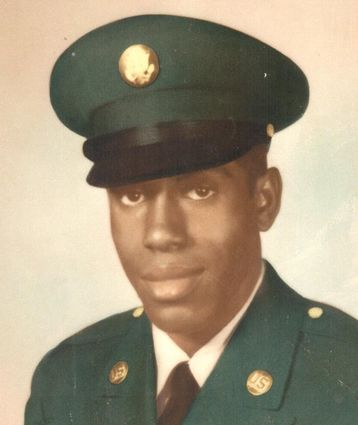 Mr. Williams, 79, was born in Tallulah, Louisiana. His parents were both from the south and moved the family to Ecorse when he was around three years old. William's father worked at Great Lakes Steel and his mother worked at Ford Motor Company.

Williams attended Ecorse High School and was known by friends as "Fluckey." He was an active participant in track and field, football and basketball, and was friends with Archie Clark, who went on to play in the NBA. "I was known in Ecorse High School for basketball, I made all-state in basketball," he recalls. "I received offers from different colleges, but I decided to go into the military at that time." Williams graduated from Ecorse High School in 1960. He then served six years in the army and returned home to Ecorse.

In January, Williams and his wife, Willa Mae will celebrate 50 years of marriage. The couple had three children, but their oldest daughter has passed away. Williams worked for a time at Ford Motor Company, but problems with his knees began to interfere with life. Eventually, Williams was declared 100 percent disabled by the Veterans Administration and ceased from working while his wife continued with her job at the Internal Revenue Service, later retiring from there.

Williams enjoys fishing and spending time with his grandchildren. "I always played with them and all the schools knew me 'cause I was always picking up the grandkids from school, and all of them started calling me Fluckey, the bus driver, then the teachers," he recalls with a laugh. "All of them knew me." He has seven grandchildren and two great-grandchildren.

A music lover, Williams says his favorite recording artists are Aretha Franklin, the Temptations, and Gladys Knight. He recalls that this was the music he listened to while in the army. He enjoys the 1998 film "The Temptations" and also "Dreamgirls."

To young people, Williams urges them to do the best they can in school, adding it will pay off later. He encourages youngsters to listen to their parents and to work hard. "To all my friends that are left in Ecorse and River Rouge, I would like them to know I'm still alive and doing well," he says, adding that he hopes they can get together again when the pandemic is over. "I hope they are doing the same and I want them to be safe."