Prayer Walk for Peace and Equality Extends Through Four Communities 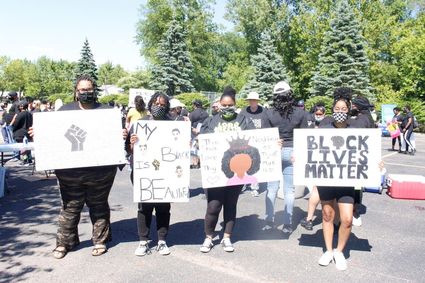 Burning Bush International Ministries of Westland hosted a peaceful protest and prayer walk on Sunday, June 14. The walk was held in honor of George Floyd, who was killed on May 25 by a Minneapolis police officer, and attracted roughly 200 participants from all walks of life and all ages. From 4:30 to 6:30 p.m., walkers followed a route through four communities, Westland, Inkster, Romulus, and Wayne, covering nearly three miles.

The event was open to all and was attended by Westland Mayor William Wild, Wayne Mayor John Rhaesa, their respective police chiefs, and elected officials from all levels of government. "Trust me when I say this, nobody dislikes a bad police officer more than the good ones do, they tarnish our reputation and they ruin our communities' trust," said Westland Police Chief Jeff Jedrusik as he addressed the crowd before the peace walk. "We're here today to walk with you in solidarity as part of our community." Walkers carried signs, sang songs and prayed as they traversed neighborhoods and roadways. Officers from the four police departments and the Wayne County Sheriff's Department were on hand to escort the walkers and ensure their safety.

"I think it's a very positive impact on the community, especially our young people, because our young people have gotten so many negative images," Shelby said of the event's influence. "Today, hopefully we can give them a positive image when they see men and women, young and old, black and white and red and yellow coming together, marching together for one cause-and that is for equality for all."

Burning Bush Church member Edith Murphy has been a lifelong resident of the Inkster area. "I just think it's wonderful that the church is stepping up and helping," she said. "The leaders, civic and religious, they need to come together and unify the people for a peaceful change." She says treating others with courtesy and respect goes both ways, speaking of the tense relationship between police officers and residents. "We've got to change the way we perceive each other as human beings," she said. 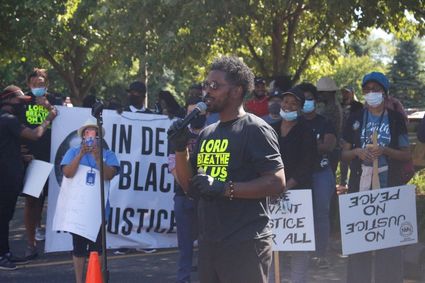 Detroit City Council President Brenda Jones attended the event. "Today's event is awesome; to start off at Burning Bush Church and to just walk through the community, to let people know enough is enough," she said. "I believe a change is going to come."

The peace walk concluded at Atwood Park in Wayne, where a small rally with music and prayer brought the day's event to a close. In closing remarks, Wayne Mayor John Rhaesa called the event historical, saying, "What an amazing day this has been, I really appreciate what you guys have done...I don't know if people realize how big of a deal this is to have this happen here today."

Attendees were pleased that their message of peace and unity had been circulated through the community.

"Let's spread the word, let's don't allow it to stop here," said Shelby. "This is just one day of many days to bring about change."