A new group of activist is here 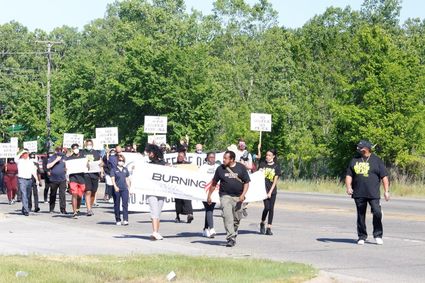 I have been watching a lot of TV over the last three weeks and I have noticed something. A new group of activists has arisen. I have seen the passion, as they spoke so eloquently about things that are bothering them and things that they want to change. Some of them have been young teenagers and some have been young adults. They have found their voice.

Not only have they found their voice, they have found their organizational and leadership skills. I am impressed and excited.

I used to have my doubts about this new generation. I could always count on them to help me with my cell phone or a problem with my computer. But now I believe I can count on them to lead the meeting, plan the event and get everyone on board. What a relief. What a blessing.

The tragedy of the killing of the three now five unarmed black people this year at the hands of police officers has garnered some skills that many of these your people didn't know they had.

I am also pleased to see that their stamina has lasted more than a week.

I spoke with a newly discovered activist from Redford the other day and she had her schedule down packed....and it included coming home from work, getting on a ZOOM call, changing clothes and meeting her friends Downtown to participate in a peaceful walk. And then to do it all over the next day.

I say to them, "keep it up and keep striving to use your new voice for positive change."