Dominican Literacy Center Serves Its Students in the Midst of Pandemic 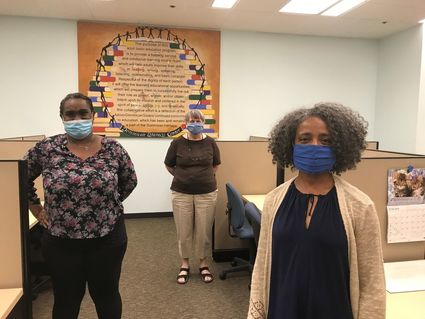 Procedures and practices for safety during COVID-19 are now in place at the Dominican LIteracy Center in Detroit.

The arrival of the COVID-19 pandemic and shut down of the state has had a particularly disruptive impact on schools and learning. While school attendance is compulsory for youth, adult learners attend adult education because they choose to. At the Dominican Literacy Center in Detroit, adult students were thrown a curve when most public gathering places, including schools, were closed on March 16. The Dominican Literacy Center shut its doors as well.

Founded in 1989 by two Dominican Sisters, the Dominican Literacy Center (DLC) emphasizes basic skills such as reading, math, basic computer literacy,English as a Second Language (ESL), andGED preparation. As the program is actually a ministry, all educational programs are free of cost.

"We told everybody-- because we were very naïve in those days-- that we would be gone two weeks, and to keep up with your online studies," says DLC's Executive Director Kimberly D. Williams. One week later, the Samaritan Center, which houses the DLC, was shut down due to a handful of cases of COVID-19 among the office building's other occupants, and it became obvious to Williams and her staff that the shutdown would likely run much longer.

Then they began to see a decrease in student activity online. Williams explains that the decrease in student engagement was caused by numerous factors, but mainly stress, as some students now had children at home with schools closed and were facing homeschooling and childcare concerns. "Our students are parents, so they had to put their education on hold for a bit," says Williams. Other students were either essential workers or lost their job due to layoffs. In addition, while most adult students of DLC have a smartphone, many do not have access to a computer or internet service at home. Local libraries closed up as well, offering few alternatives for adult learners.

It was time for a new strategy. DLC introduced a new laptop loaner program for students without a home computer. They began offering classes and one-on-one tutoring using the online platform Zoom and via conference calls. Williams says the program coordinator and student navigator worked especially hard to educate both students and tutors on how to use the Zoom online meeting platform. "Getting people signed up on Zoom to do their tutoring and their classwork has been quite a challenge," she says. But little by little, the new way of learning is becoming comfortable, as there are now nearly 40 pairs of students and tutors working together, each from home, using Zoom. Williams says she is encouraged by the way older students and tutors who did not grow up using technology, are facing the challenge of learning how to do so now.

The building reopened on June 16, three months after closing. Williams says staff is limited in order to maintain social distancing. They are busy offering technical support to students and tutors as they work online and are preparing packets of homework for students to work on while at home. She says that distance learning via Zoom and conference calls will be a new part of the program going forward, as it offers another option for those who desire an education but must contend with either a lack of transportation or haphazard work schedule. 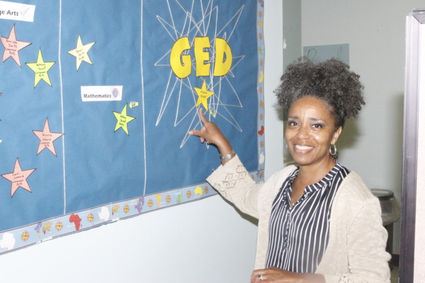 Dominican Literacy Center in Detroit focuses on adult learners, many of whom are working to get their GED certificate

"What the pandemic has done is to shine a light on the fact that people do not have the resources; we're having protests against police brutality...it's not just police brutality, it's not just violence, we're talking about lack of resources, and that's what's happening in these communities of color," says Williams. "People do not have access to the resources they need to get a better education."

Williams says students are enthusiastic about learning and continuing with the program as things slowly reopen. "That is encouraging, I think people need something positive," she says. Now that some of the staff is back in the office, DLC is beginning to register new students, something they have not been able to do since February.

"I'm encouraged for the future of Dominican Literacy Center, that we're moving forward with new technology, with distance learning," she says. "We want to help as many people as possible."

Dominican Literacy Center is located at 5555 Conner in Detroit. Find out more about learning opportunities or how to help by tutoring atwww.dlcliteracy.org. You can also view their Facebook page at http://www.facebook.com/DominicanLiteracy/.