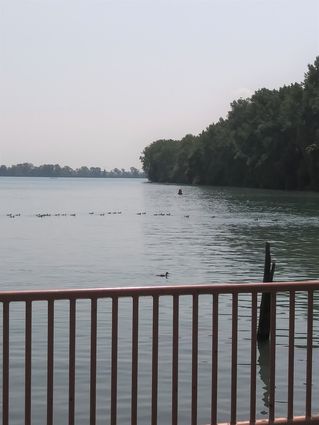 The Detroit River is an asset the cities of Ecorse and River Rouge intend to make the most of with their respective DDAs.

On Tuesday, July 14, the city of Ecorse will be holding a public hearing to consider adoption of a proposed ordinance to create a downtown development authority. Residents, business owners, and property owners are encouraged to attend. The public hearing will be held at 6:30 p.m. at Ecorse City Hall.

The move to create a DDA in Ecorse comes as the city is gaining momentum in its efforts at redevelopment within the city. City Administrator Richard Marsh says, "Working as director of two downtown development authorities in my career, I've seen the positive impact that downtown development authorities can have on job creation, new construction, rehabilitation, infrastructure improvements, streetscaping projects, and causing cities to become a destination point." Marsh's experience includes 25 years in senior management, economic development, and community relations. He arrived in Ecorse as City Administrator in 2017.

Marsh believes creation of a DDR for Ecorse will be a good fit as the city seeks to redefine itself as a destination point in the region. Together with its neighbor, River Rouge, the two cities are working to implement the West Jefferson Corridor Plan introduced late last year. "It makes sense to partner with the neighboring city so you can create uniformity and some consistency along the entire corridor to give that 'Aha Effect,'" he says. Leadership in both cities along with their respective DDA's can help to accomplish the plan's goals, which include improving the appearance of the West Jefferson Corridor, enhancing public spaces, and promoting business and economic development. Marsh says elimination of blight and vacant buildings will be priority. 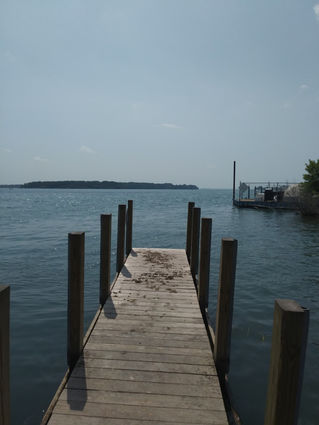 The city of Ecorse has ambitious plans for allowing access to the Detroit River for kayaks and canoes.

Marsh says, "The DDA is used for many things such as repopulating the community, and we're looking at repopulating our community by using our asset, which is the waterfront." Ecorse benefits from two waterfronts to utilize in its vision: the Detroit River and the Ecorse River (Creek). Marsh adds that the city recently received a grant for more than $100,000 from the National Wildlife Federation to clean up and enhance the habitat along the Ecorse River. Eventually, Marsh says, the goal is to have hiking trails and a kayak launch along the river.

Marsh envisions a DDA which will help create curb appeal in the city with newly planted greenery, benches, trash receptacles, new signage, and bicycle lanes. He encourages interested resident to attend the public hearing on July 14 to hear the city's plan and vision and have any questions answered. "The city administration is very committed to the transformation process that is underway, and Ecorse will be a destination point on the Detroit River within the next two to five years," says Marsh. "The renaissance effect is taking place in Ecorse."

Ecorse City Hall is located at 3869 West Jefferson Avenue. Interested residents can obtain more information on the proposed Downtown District boundaries during city hall business hours or at the city's website at http://www.ecorsemi.gov.