Cruise for the Count Raises 2020 Census Awareness in Inkster 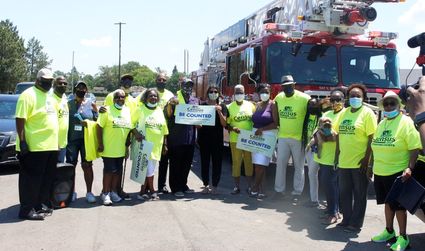 The Census Committee for the city of Inkster hosted a Cruise for the Count event on July 3. Curtisene Barge, Census Coordinator for the city of Inkster, says the goal of the event was to raise awareness of the importance of participating in the 2020 Census and to let people know it's not too late to participate. Barge says some people may think the April 1 deadline set by the Census Bureau means that it's too late to participate if they have not yet returned their census information. "Well, the reality is, you can," said Barge.

Participation in the census is a civic duty that determines funding for local communities and essential services, shapes congressional representation, and determines legislative districts, to name a few of the ways life is affected by census participation.

Participants met at Burger Baylor School around noon, and at 1 p.m. cruised off in a parade of cars adorned with Census 2020 signs. Cruise for the Count vehicles paraded through residential areas of the southwest section of Inkster, a section of the city that Barge says is routinely undercounted each census year. "We want to raise that level of awareness because there is no progress we can have without federal funds," said Barge. "Almost any city service that you can think of is strongly impacted by the federal dollar." 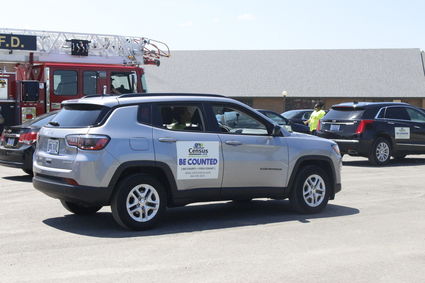 Inkster Police Chief William Riley attended Cruise for the Count. "You have to bring awareness to people, they must understand that just like a vote counts, being counted counts," he said. "When we look at our schools, our roads, the things that make a community a community, this is it; two things: the almighty vote and that almighty count for census. It comes every ten years and it is so important." He added that it is critical people understand that returning that census form will help determine funding the city receives from the state and federal levels to assist with public safety, schools, and infrastructure.

"This is critically important, especially in communities like Inkster in my district, who, through lack of resources lost their school district, and you see what's happening with housing and home ownership, even around public health and the effect of COVID on my residents of Inkster," said Congresswoman Tlaib. "We've got to make sure that we're counted because when we get counted we make sure we get resources here."

Barge said another Cruise for the Count is planned in Inkster for Saturday, August 1. If you are interested in participating, contact Curtisene Barge at 313-510-6059.