Kippriol Boynton, Charlton Jackson, and Cameron Perryman in the line up as teenagers.

On the outside looking in; The United States justice system seems to be the farthest thing from a "system of justice. Every American. Directly or indirectly has, or will have their experiences with the justice system. It's part of your natural right and experience as an American. Justice has differed and evolved over time. But justice's simplest deduction has not changed; everyone gets what they deserve.

No matter who or what. Crook, criminal, victim, child, or perpetrator. It has been taught in America that this system is fair, and works for everybody. That victim's voices are heard, criminals are subdued, punished, or rehabilitated Understanding the definitions above as a reference, and the ugly fact. That everyone does not share the same experiences with America's justice system. It seems more like a gamble, designed to create victims and losers. More than a system built for dishing out the fairness humanity needs.

Kippriol Boynton is a victim of America's natural disparities against people of color. Most importantly, Boynton is a victim of the American justice system. In April 2015 Kippriol was caught with three other teens in a string of armed robberies across metro Detroit. Boynton was quickly apprehended and charged for his crimes. His bail was set at a million dollars, and a court appointed attorney was set to his case.

Kippriol was charged with three counts of armed robbery and one felony firearms charge. Boynton's family is concerned.

They regret not being there for him then, but they're determined to be there now. They make no excuses for Kippriol's behavior,

but they feel as if his trial wasn't handled in all American fairness. I've been asked by a member of the family to share what they found wrong with his trail. In hopes to find the proper support, legal representation, most importantly safety and piece of mind for Kippriol. The information regarding Boyton's trial, his current conditions, and the known disparities in American justice system proves multiple things evident. Or at least up for debate.

Boynton was given a state appointed lawyer, who didn't budge for any appeal, or work so the trial can go in his favor. So did the legal representation for Charlton Jackson, an accomplice in the matter. The lawyer quickly helped the system throw the book at Kippriol. Shipping the eighteen year old to Bellamy Creek Correctional Facility. To spend at least his next ten years on it's level four security floor. Kippriol's Lawyer made no attempt to place him in a situation that made his safety a priority. 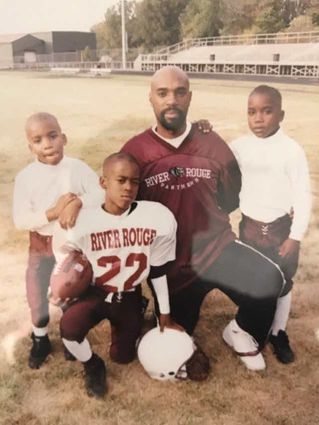 The family does not want Kippriol to become another lost file in the shuffle that the justice system is already loosely handling. Although Kippriol broke the law, he does not deserve to be caged up like an animal. Spending his youth in a box, fighting for his mind, and looking over his shoulder. The system has provided Kippriol no support for Covid pandemic, and he's currently on a suicide watch. Boynton's support system is doing all it can to ensure he holds on. Their best best is finding professional legal help, and taking his case to the proper channels. Kippriol has already served five years; that should mean something.

The 13th Amendment of the United States of America state, "Neither slavery nor involuntary servitude, except as a punishment for crime whereof the party shall have been duly convicted, shall exist within the United States, or any place subject to their jurisdiction." This sadly means Kippriol Boynton, like countless Americans. Are slaves. Real slaves in the country they were taught to call home. The world is attempting to move forward in 2020. Even on paper, the fact that someone is considered a slave in America should be shocking. If this really is a system of justice, and if America is really the great country it's bolstered to be. All of the parts need to run

at the same speeds, and process the same ways for every American.