By Pastor Overall
Runner for Christ 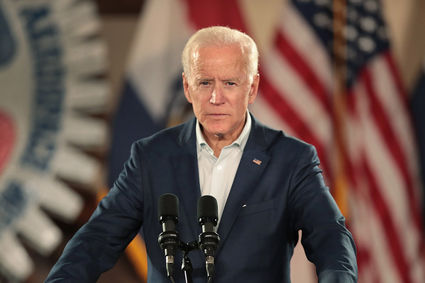 This is why I cannot vote for Donald J. Trump for a second term in the White House.

2. Trump said he was going to give us a Middle-Class Tax Cut. But what he actually did was give a whopping 1.5 trillion dollar tax cut to the top 2% rich folks in this country and large corporations. They got a drop from 35% to 21% and it is permanent. We got a 1% to 2% cut and it has already expired so we are right back where we were two years ago.

3. Trump said he was going to repeal and replace the ACA (Affordable Health Care Act AKA Obama Care). To this day he still has no plan but is doing all he can to kill the ACA healthcare for over 23 million people during a pandemic and whats worse is he has nothing to replace it with!

4. Trump's downplaying of the pandemic and not taking it seriously as far back as January and doing nothing till late February has made this pandemic what it is today. Over 2.5 million infected and over 125.000 deaths to date and expected to get worse.

6. Trump said he was going to work on our infrastructure. To date, he has not passed any legislation to the House or Senate about anything that has passed and become law. He has absolutely no legislative experience at all. The only infrastructure he has worked on is his re-election. The majority of his cabinet members are acting and not confirm by the Senate members.

7. Trump has known since January, even though he says today nobody told him so, that Russia had contracts on our American Military Defenders and he has to date done nothing. He still contends to this day that nobody told him.

8. Finally when asked why should the American people give him a second term? He paused and said the word "experience. It still has meaning. I have experience and I know I say talent is everything but experience is something too."

So if the president does not know why he should be given a second term I agree with him on that and I will do all I can to see to it that he is not given a second term. Even if the only thing I do is pull the lever for #Biden2020 I will be satisfied that I did what I believe was best for America.