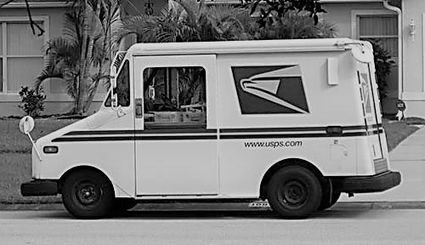 Postmaster General Louis DeJoy said he is suspending changes to mail service that raised concerns over slow delivery of ballots in the fall election after President Donald Trump criticized the vote-by-mail process.

DeJoy, in an emailed news release Tuesday, cited "some longstanding operational initiatives" that predate his arrival "that have been raised as areas of concern as the nation prepares to hold an election in the midst of a devastating pandemic."

"To avoid even the appearance of any impact on election mail, I am suspending these initiatives until after the election is concluded," DeJoy said.

DeJoy said mail processing equipment and blue collection boxes will remain where they are, and no mail processing facilities will be closed. Overtime work will "continue to be" approved as needed, he said.

The announcement follows concerns from Democrats and others over apparent mail slowdowns. They also pointed out that DeJoy was a campaign donor before taking office in June.

Speaker Nancy Pelosi is calling the House back on Saturday to vote on legislation to halt post office cutbacks and give the agency $25 billion in additional funding.

"The post office in these times of coronavirus is really election central," Pelosi said during an event with Politico on Tuesday. "Well, he should," she said, when suddenly handed a note about a news report on DeJoy's announcement he is suspending changes.

Meanwhile, the attorneys general for Washington and Pennsylvania were briefing reporters Tuesday on plans for separate, multistate lawsuits that would seek to halt operational changes at the Postal Service. More than a dozen other states had signed onto the effort, including Michigan, California, Wisconsin, Massachusetts, Minnesota and Nevada. No Republican attorneys general had signed onto the lawsuits.

"Recent actions taken by Mr. DeJoy are unlawful and indicate an attempt to disrupt and delay U.S. Postal Service operations," Michigan Attorney General Dana Nessel said in a Tuesday news release. "For more than 200 years, the postal service has been a fundamental part of the fabric of this country. People and businesses rely on it to deliver critical medications, correspondence and goods. We filed this lawsuit on behalf of the people of this state to ensure they can continue to depend on a system that is an integral part of our daily lives, our economic well-being and our democratic process."

Massachusetts Attorney General Maura Healey said in a statement Tuesday: "By interfering with the Postal Service, President Trump is putting both our democracy and people's health at risk. We are suing to ensure the integrity of our electoral process and to make sure each and every vote is counted during this election."

Recent media reports have pointed to the removal of mail sorting machines in various cities, including in Michigan, as well as the taking of mailboxes off the streets. Post office operating hours have been reduced and overtime work cut. The agency's inspector general is investigating those moves.

DeJoy said Tuesday that the Postal Service "is ready today to handle whatever volume of election mail it receives this fall."

"Even with the challenges of keeping our employees and customers safe and healthy as they operate amid a pandemic, we will deliver the nation's election mail on time and within our well-established service standards," he said in the statement. "The American public should know that this is our number one priority between now and election day."

Pennsylvania Attorney General Josh Shapiro said Trump and DeJoy had recklessly made changes in a way that was illegal.

"There is a process for changes like this one that requires going before the postal regulatory commission and holding public hearings," Shapiro told reporters. "DeJoy opted to do just what he and Trump wanted."

- Bloomberg's Erik Larson and Billy House contributed to this report.