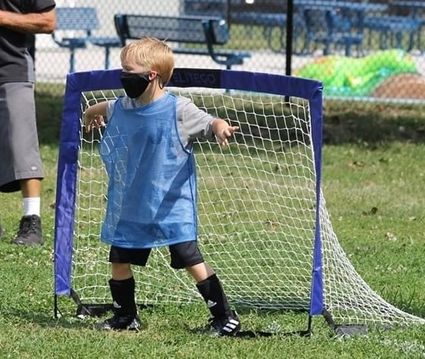 No matter your size, you can be a goalie

Was the next Pele was the soccer field on Saturday? Only time will tell. Over the last nine weeks, youth between the ages 5 - 12 from the community gathered at Memorial Park to learn the fundamentals of soccer. For many of the kids, this was their first exposure to the game. Coach Wilbert Filsaime who is also a school teacher at Ann Visger Elementary School in River Rouge taught the youth the basics of soccer. The camp was sponsored by Vision of the Youth and co-sponsored by the City of River Rouge. This was a perfect outlet since the kids needed something to do to get out of the house. The kids were excited to learn something new and have the opportunity to meet new friends. The challenge was to learn how to kick a soccer ball while wearing a mask and fighting the mosquitoes. 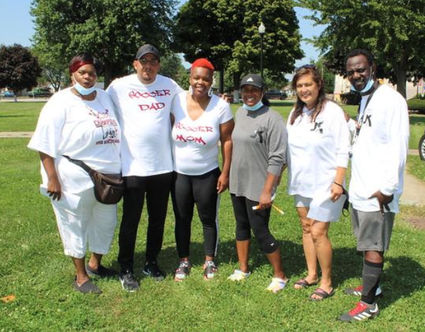 Coach Filsaime says, "This was a dream that came true when I first stepped foot in River Rouge. I envisioned a soccer team in my community." He also said that he partnered with community members who shared his vision; Derrick Jackson Jr., Tina Laginess, Joshua Wheeler, LaShanna Mitchell- Stinson, Christan Johnson, Tammy Williams, Keith Sabuda and Mayor Michael Bowler. Without the support of the community, this camp would not have been possible.

The parents were on hand to offer support, bring snacks, water, spray for mosquitoes and cheer on the kids. Joshua Wheeler, director of Vison of the Youth said, "We realized that parents want things for their kids to do in their community. We look forward to bigger and better opportunities for our children in River Rouge and to continue making it a beautiful place to live."

During the final scrimmage, the youth were presented with medals and wore their new uniforms.