Dancing Monkeys In My Soup

Series: BOOKS IN THE HOOD | Story 1 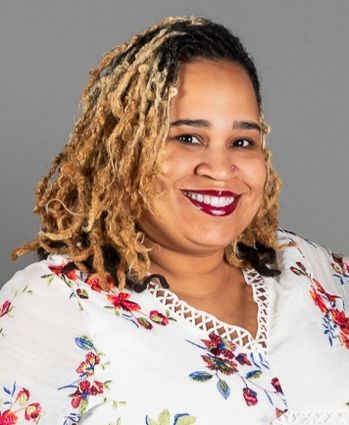 Due to the fact that I don't have any children of my own, it's always a holiday or rare occasion in which I can read a children's book. The last time I got to read a children's book was for a series I did in 2018. There's many things I learned during that month two years ago. This week I have been blessed with the opportunity to break that streak. Author, entrepreneur, educator, and literary enthusiast Stephanie Fazekas (S.F.) Hardy is back to take her place among the bookshelves with her new tale.

The September release is a new flavor for Hardy, the story is not about hair, or fairies, or princesses, or food. This does not mean the content lacks any lessons or depth. The content of Dancing Monkeys In My Soup. is exactly what it's title implies. Hardy's main character, a young boy named Jabbar. Finds himself having dinner, but is interrupted by a troupe of monkeys dancing in his soup.

Everything about this Stephanie Hilder illustrated book is real, and inspired by the process of Hardy's own life. In 2018, while having story time in her job as a Children's Librarian, she had the idea of dancing monkeys. Although she kept her composure to finish the story, Hardy was highly amused at herself. The next year she traveled on a cruise to Puerto Rico where a conversation with a friend; accompanied by a few jokes and rhyme schemes sparked the inspiration for the story's research.

The idea was sparked in Detroit, motivated in Puerto Rico, but upon Hardy's research she learned that the dancing monkeys, the Pygmy Marmoset. are native to parts of the world outside Peru. The biggest Pygmy Marmoset is only six inches in length. This means that no matter how small the happenstance may be. The chances that a monkey won't find your soup and bust an electric slide up the handle of your spoon will never be zero.

This unlikely ratio of events is the exact thing that haunts Young Jabbar.

He cannot, and will not eat his soup because there is a monkey having it's way with it. When he informs his mother of his situation, she quickly informs him that Monkeys don't habitat in bowls of soup. Even before she inspects the scene for herself. Jabbar takes responsibility for his own curiosity, and does his own research on the Pygmy Marmoset. But his mother sees, another monkey has found its way to the party.

The boy and his mother enlist family and community resources to rid themselves of the monkey problem. But more monkeys appear for Jabbar to count, performing more moves for him to learn.

Dancing Monkey's In My Soup ends with Jabbar learning the same lessons the children at home will; Basics like reading and counting. Down to more off beat lessons, like geography and dance moves that might be older than their parents.

Dancing Monkeys In My Soup will be available in September.

This is not Hardy's first or last project of any genre. The Author will have to work for a long time before her board is clear. She's already working on her next series of children's books, and crafting more adult content under a smooth and mysterious pseudonym. Hardy also has been busy making masks for the pandemic and handcrafting her own brand of candles.

Stephanie Fazekas-Hardy is certainly an adult that lives her life so the generation under her can become better learners, leaders, readers, and people. I appreciate her for giving me the opportunity to review Dancing Monkeys In my soup, and lending me a few moments of her time to answer a few questions.

Xavier Jones - What motivates you to write children's books?

S.F. Hardy - Early on, I want our children to cultivate reading as a joyful experience. My biggest goal is to "edutain" them as much as possible. Keep their attention long enough to give them the information they need to earn success.

Xavier Jones - What was your biggest inspiration for writing this book?

S.F. Hardy - A combination of life experiences. From writing, to work, to vacations, even my own love for animals, and monkeys. They're very interesting creatures. I used to want one as a pet, and we had a family friend who did. Even how I heard the word monkey used in my life. My mother used to call us monkeys, there was never any negative connotations behind it. But I have been called a monkey in a negative way due to being a black woman. I wanted to take the negative power away from the word, and teach it to our children in ways it's supposed to be taught.

Xavier Jones - Is there anything in particular you want children to learn from Dancing Monkeys In My Soup?

S.F. Hardy - The same as my first books, to build an enjoyment for reading. I want them to get better with their counting, and gain a new perspective for nature and the environment. Most importantly have fun!

Xavier Jones - Anything special for the adults?

S.F. Hardy - On a grander scale of things. I want adults to share the Earth more with the creatures that's here. Many times we are the ones encroaching on their space. I think adults should start to do more research about the world around them so they can have awareness of our planet. On a less grand, but just as important scale. I wanted the adults to have just as much fun as the children!

Xavier Jones - How are you continuing your career after this

S.F. Hardy - I'm still working as a children's librarian. Due to

the pandemic I've had to create online workshops, and host my story times virtually. Because of that I've learned some video editing, it goes with the photoshop I've been working on. I've been working on a few more children's series, focusing on particular subjects. Everything is about learning and improving. 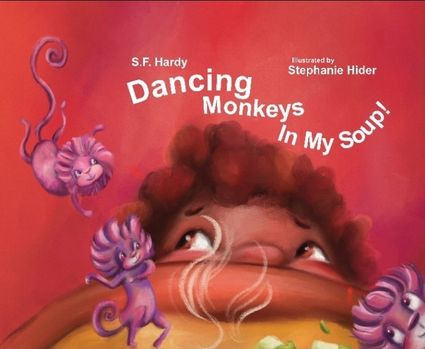 I have a non profit organization designed for reading readiness. It's designed to prepare families for reading and the love of literature early.