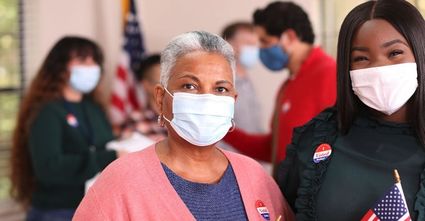 People over 50 years of age look at things differently. Health is a main focus.

More than half of voters 50-years and older in crucial battleground states are worried about contracting the novel coronavirus.

At the same time, African Americans are particularly opposed to how President Donald Trump has handled the pandemic, according to extensive polling commissioned by AARP.

The margin of error for each was between plus or minus 2.5 percent and 2.8 percent.

In Colorado, Georgia, Iowa, Maine, and Montana, the bipartisan polling firms of Fabrizio Ward and Hart Research did telephone interviews by landline and cellphone of likely voters from Aug. 30 to Sept. 5.

The firms surveyed 800 likely voters, oversampling voters 50-plus in each state. The error margin varied among the states, but each was less than plus or minus 4 percent.

Officials said AARP's robust Protect Voters 50+ campaign is designed to reach these voters in each state to make sure they know how to cast a safe and secure ballot.

Even though 90 percent of older Americans believe that the country has become too divided, AARP's battleground state polls show that the support of voters age 65-plus is very much up for grabs.

For the polling, voters were asked where they stand on a range of concerns - from the coronavirus to the U.S. Postal Service and cuts to Social Security, to the debate over racial justice and law-and-order priorities.

The most significant concern expressed by voters about the virus was from Florida and Michigan, where 58 percent of respondents said they were worried about contracting the coronavirus.

Fifty-five percent of voters in Pennsylvania and North Carolina noted that they were concerned about catching the illness, and 54 percent of those in Arizona and 53 percent of individuals in Wisconsin voiced the same worry.

More than 80 percent of voters in all six states declared that they would more likely vote for a candidate who increased protections for nursing home residents during the pandemic.

The poll also revealed that African Americans are standing firmly behind Democratic Presidential Nominee Joe Biden over President Donald Trump, whom many Black voters said they oppose how the Republican president has managed the coronavirus pandemic.

Many African Americans expressed that they were more likely to have known someone who died from the virus.

Black respondents relayed concerns that they would catch the virus and related severe reservations about a potential vaccine.

A majority said they'd still refuse to accept a vaccine shot even if offered free of charge.

With the continued debate over voter protections, those in Colorado, Georgia, Iowa, Maine, and Montana are divided between those who believe votes that are cast in person at a polling place and those that are mailed will all be counted accurately, according to the poll.

Black Americans expressed concern about the U.S. Postal Service and that the reduction of funding would prevent election ballots from being counted.

While African Americans were also troubled by the prospects of in-person voting and wary of early voting, they were less bothered by potential voter fraud, according to the poll.

With President Trump declaring a platform of law and order, voters in five key states - Colorado, Georgia, Iowa, Maine and Montana – were asked whether they were more likely to vote for a candidate focused on maintaining law and order and preventing looting and rioting in America's cities, or a nominee who is focused on increasing racial justice and reducing police violence against unarmed African Americans.

In four of the five states, more than 50 percent were more concerned with maintaining law in order.

In the six battleground states of Arizona, Florida, Michigan, North Carolina, Pennsylvania, and Wisconsin, the presidential race is tight among voters 50 and older.

Biden does enjoy a commanding lead in Michigan by a margin of 54 percent to 40 percent.

In all those states, the presidential race is within the surveys' margins of error.

"Now more than ever, there are critical issues on the line in this election and AARP is working hard to make sure everyone's voice is heard," stated Shani Hosten, AARP's vice president of Multicultural Leadership.

"Our campaign is providing trusted information to African American voters through our communications channels, including our website, publications, media outreach and advertising to ensure the African American Community knows their voting options and where candidates stand on the issues we care about." 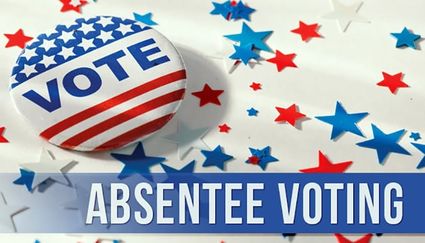 76 percent of 50-plus Michigan voters are worried there will be cuts to Social Security to pay for new spending and the budget crisis.

86 percent said they would be more likely to vote for a candidate who supports strengthening Medicare.

81 percent will support candidates who favor increasing protections on nursing home residents during the coronavirus pandemic.