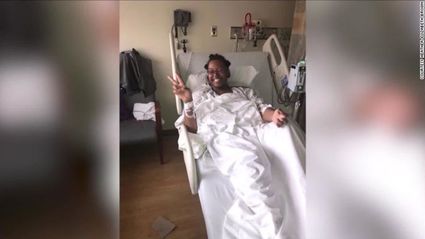 (CNN)Even as the nation surpasses 200,000 Covid-19 deaths, there are still people who think the coronavirus is a hoax. Survivors of the disease and members of victims' families beg to differ and are sharing their very real experiences with the deadly disease.

Ann and Marvin Robinson, a married couple in Casper, Wyoming, got the virus almost three months ago. Marvin, 73, still has shortness of breath, and both are battling fatigue.

"We have friends who still believe it's a hoax. They think that it's going to go away on Election Day," Ann, 72, told CNN's Brianna Keilar on Tuesday.

"It's trying to convince people that the 200,000 people who have died were important," Ann said of her efforts to assure people of the reality of the virus.

As of Tuesday afternoon, more than 6.88 million people have contracted the virus nationwide, and at least 200,477 people have died.

Covid-19 is now the second-leading cause of death in the US, just after heart disease, according to the University of Washington's Institute for Health Metrics and Evaluation (IHME).

Heather-Elizabeth Brown, a 35-year-old police chaplain and corporate trainer in the Detroit area, spent about 100 days in the hospital with Covid-19. More than a month of her hospital stay was spent on a ventilator and in a coma in intensive care.

She said she still has trouble breathing and with fatigue.

"Simple things like getting up the stairs or walking to my car or outside to get something winds me, and the fatigue factor is also a really big part of the after effects," Brown said.

"I find that I can't get through a whole day without having to stop and lie down and rest, just because I'm absolutely exhausted from doing everyday simple tasks like, you know, getting a shower or making breakfast."

Sondra Wolfe lost her husband to Covid-19. She is frustrated that the pandemic has become a political issue in the United States.

"People see the numbers and so many of them don't care," Wolfe told CNN last week. "I want to put a human face and a family, what a family is going through, the grief that this has caused, and maybe change some minds that this is a real thing."

Diana Berrent was one of the first in her New York community to be diagnosed with the virus on March 18, she said.

She founded a support group for survivors, Survivors Corps, that has more than 90,000 members.

At the end of August, Berrent was "still having terrible GI issues, massive headaches, and what feels like a deep ear infection," she told CNN's Jake Tapper. "But it pales in comparison to what many of our members are experiencing, really dramatic things, neurological issues, tachycardia, things as dramatic as Covid-onset diabetes and Covid-onset lupus."

What she wants people to know, she said, is that "this is not a matter of either getting the flu or dying. There is a very, very large bucket in the middle, which seems to constitute a huge proportion of people who get Covid, who are not recovering. You do not want to end up in that group of people." 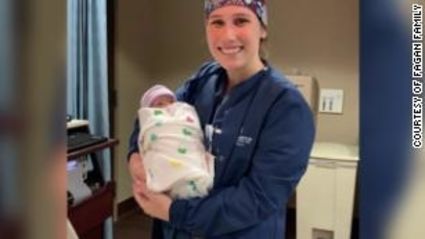 When you see people's stories on Survivor's Corps of, for example, a 25-year-old who is writing a living will and "don't think they're going to make it to see their wedding day, you'll have a change of heart," Berrent said.

Maureen Fagan's sister Adeline Fagan, 28-year-old and a second-year OB-GYN resident living in Houston, died Saturday after battling Covid-19 for a few months. Fagan's family has been speaking out since in an effort to save other lives.

"Everyone could be an Adeline and that's the scary part of this," Fagan told CNN's Kate Bolduan, asking people to follow the guidelines to protect other people.

"If you can do something as simple as wearing the mask, social distancing, even just using hand sanitizer, to do your part," she said.

"I think you have a right to do that, just as a human being and trying to be a good person."