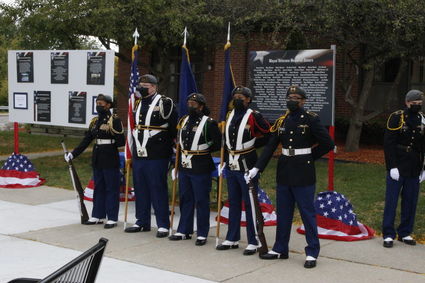 Wayne Memorial's JROTC members were part of the honors in Wayne at the dedication of the new Veterans Memorial.

On September 30, Wayne City officials held a ribbon-cutting and flag raising ceremony at the new Wayne Veterans Memorial. Attending the event were community members, city officials, donors to the project, and veterans, some of whom are employed by the city of Wayne's Department of Public Works.

Plans for the new memorial came into existence in 2016 when discussion was raised on refurbishing the city's Peace Memorial located next to the Wayne Library. Area veterans indicated they wanted a dedicated memorial that specifically honored veterans. Wayne City Manager Lisa Nocerini and Community...